Economist Bill Gilmer – “Really, nobody knows where the price of oil is headed. And if they tell you they do, you should grab your wallet.” 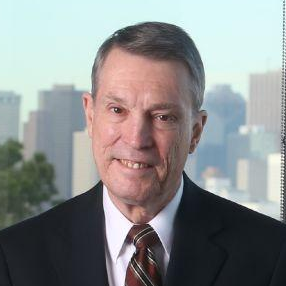 Bill Gilmer is the director of the University of Houston’s C.T. Bauer College of Business’ Institute for Regional Forecasting.

Houston Agent (HA): In terms of Houston’s overall real estate recovery, especially considering the price of oil and the city’s faltering economy, do you think 2016 will a peak difficulty year?

Bill Gilmer (BG): No, probably not. If we’re we’re lucky and oil prices have stabilized by year’s end, it still usually takes a couple of quarters for the energy market to turn around and a couple of more quarters after that for the oil employment to begin to come back again. And we’ve lost 60,000 jobs directly in the oil business. Overall job growth has been flat here. But in oil services, oil products, fabricated metals machinery, which are all oil related here, there’s 60,000 jobs gone. And those won’t even begin to come back until, at best, maybe early next year. And if oil prices in fact haven’t stabilized, it could be longer than that. In fact, if oil prices have not stabilized, 2017 would probably be a year where Houston would lose somewhere between 1 and 2 percent of its employment.

In that case, 2017 is essentially the bad year. At best, it will be another flat year, much like last year and this year – where job growth may be positive, may be slightly negative, but regardless it will be close to zero, I’m pretty sure. We lost 15,000 jobs or so last year. This year I would put gains right at zero.

HA: I’ve seen some pretty wild variations of how oil prices are going to perform, from $20 a barrel by the end of the year to $100. I know it’s notoriously difficult to project oil prices, because there are so many forces at play. But could you give any sort of prediction on what the price of oil is going to be at by year’s end? Or is it just sort of a crapshoot at this point?

BG: I never give a talk in Houston without explaining to people why you can’t forecast the price of oil. The very business, and this is something that agricultural economists have known for decades, because they’ve got very deep futures markets, corn and soybean and wheat, you can’t do better than the futures market in terms of a forecast. You can’t do better than the futures market. And that said, the futures market does better than all the experts, all the analysts, all the statistical models. But it is a horrible forecasting. It can just barely be the [veranda walk], which is a forecast that tomorrow will be exactly like today. So if you take the implied volatility of oil and you ask for a 90 percent probability from the futures market, it’s telling us that at the end of this year the price of oil will be somewhere between $20.00 and $100 a barrel. And that’s not a very useful thing to know. Really, nobody knows where the price of oil is headed. And if they tell you they do, you should grab your wallet.

HA: Shifting from oil to Houston’s debt problem. How do you see that affecting the real estate market, as well as the overall economy? Quite a few people have compared this stage of Houston’s economic life to what pre-dated Detroit’s downfall. Could you see Houston going along that same road?

BG: I don’t know how people get from Houston to Detroit. There are some serious issues in regards to the pension problem. But we have a mayor, who seems to be intensely interested in solving it – unlike the last mayor, who showed very little interest in management. She was better at big social issues than she was at actually managing the city on a day-to-day basis. But I think that’s a pretty far stretch at this time to compare the city to Detroit; but I think it’s a real problem nonetheless. The City of Houston though is different from the metro area. So those problems end at the city’s limits.

HA: My final question. We’ve seen falling, or at least slowing, sales in Houston. But still prices are going up. March was a record high in terms of median price. Because of this dynamic that’s going on right, do you see there being any affordability problems in the near future? And if so, what’s the timeframe for when the city might reach a tipping point?

BG: First, let me just say, in terms of the sales and price, basically, if you look at the aggregate data for the metro area, as a whole, sales have been flat. Now I can tell you — that’s really since 2012 that sales have been flat. And in 2012, you had some extraordinarily low interest rates. Sales were flat because there was just nothing left to sell. You know, six months inventory is normal. It was down below two months briefly.

But since then, things have loosened and sales are flat. I think there’s been a transition in that period, where sales are now flat because the economy is soft. And if you look at the median price, it has certainly slowed. The increases in the end price have slowed. And if you look inside the metro, expensive properties that are in places that are in inner-city, the Galleria area, and the Heights area, those areas have seen sales soften a lot. And they have inventories [for six months in those neighborhoods, and expensive properties. And price hasn’t gone anywhere yet. But if you’re looking at inventories rise and sales fall, and if that trend continues, then certainly price is going to follow eventually. And the same will be true as you go out Interstate 10 and you go into the Memorial area, and then out into the Energy Corridor; it’s exactly that same trend. In The Woodlands, it went through this huge speculative boom, having to do with Exxon relocating its campus there. But the Exxon boom has ended. The area was pushing $400,000 for a median price are now headed rapidly towards $300,000. If you want affordable properties, they’re in the distant suburbs. If you’re talking about Kingwood or Katy even, which is out in the Energy Corridor, they’re holding up fairly well. Pearland’s inventory is down under two months. The distant suburbs, which are much more reasonably priced, are doing well. They’re doing just fine still. And certainly when you go to the east side of Houston, where we have this enormous construction boom underway, those inventories are very low – because of the boom.

Now, look at Wells Fargo’s Housing Opportunity Index, where they compute the share of homeowners who could afford the median price home in Houston. Certainly with the kind of double-digit price increases that we saw 2012, ’13 and ’14, we squeezed, if I remember right, about 5 percentage points off the share of homeowners able to afford a median-priced home down to 63 percent. So it’s still a reasonably affordable place. But from 68 percent of the households being able to afford that median price home down to about 63 percent is a big drop. That means that every time time you dropped a percentage point, 20,000-30,000 families fell out of the affordability range. These are probably $55,000- to $80,000-income households that were squeezed out.

So now you have a market that is geared to executives and to relocating high-end engineer and technical people, because that’s who was buying in 2015, but that market has been cut off. And now the market, in terms of people who are really interested in buying a home, has shifted back to the bottom of the market and the 5 percent that were squeezed out. The problem that’s arose is that new home builders developed all of their lots expecting the continued influx of high-income earners, but they’re gone. Builders got caught flat-footed with the wrong inventory with both lots and homes on the ground. There’s still plenty of land in Houston. We still have the same institutions with no new barriers to developing that land. It’s just a question of whether we can switch gears and develop lots still for the $100,000-or-so families that have been squeezed out of the market by this emphasis on higher priced properties.