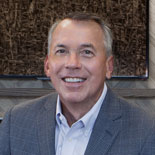 Will Holder is the president of Trendmaker Homes

Houston Agent (HA): What will Houston’s new construction market look like in 2017?

Will Holder (WH): Houston has had a very difficult job market over the last 24 months as a result of the “oil bust.” However, in spite of the loss of 70,000 oil-related jobs, the market still eked out positive job growth and maintained itself as the second-most starts in the nation.

Over the last two years we’ve developed a surplus of new higher-end homes. We expect that surplus to be worked through and the market’s price points to balance out a bit. 2017 will be a year of absorption.

HA: What are some building trends you expect to see growing next year?

WH: Today, there is clearly a recovery ongoing. I believe 2017 will be a much improved housing market. Everyone in the business seems to be in agreement.

One thing I will say is that a lot of builders have been really cautious with their starts. With an improving market, I think we will see those cautions subsiding and builders will start to take on more projects with confidence. However, that’s not to say there won’t still be caution. We’ll be taking on a sell-10-build-eight-style approach.

HA: How do you think a Trump presidency will affect the Houston market?

WH: I believe the new administration is going to be a boon for businesses and jobs. Houston and the oil and gas industries are going to be big winners.

HA: What price points will be leading the Houston real estate market in 2017?

WH: Houston is said to be the most diverse city in America. This makes for a very interesting housing market.

The lower price points have continued to be really strong over the last 24 months. So I expect Millennials and other first-time homebuyers to help propel Houston’s market this year. But we’ve also seen improvement in higher price points, which was a sector of the market significantly impacted by the oil bust, because people working in that industry tend to have higher incomes. Houston did see a net positive gain in jobs last year, offsetting losses in the oil industry. The city saw large growth in healthcare, hospitality and some public sector positions, like teachers, and we don’t expect that growth to stop anytime soon – especially when you consider Houston’s population growth. So that being said, we’re seeing increased activity on both ends of the market and are anticipating that to continue throughout the year.