See which interior design style is preferred by Texas residents 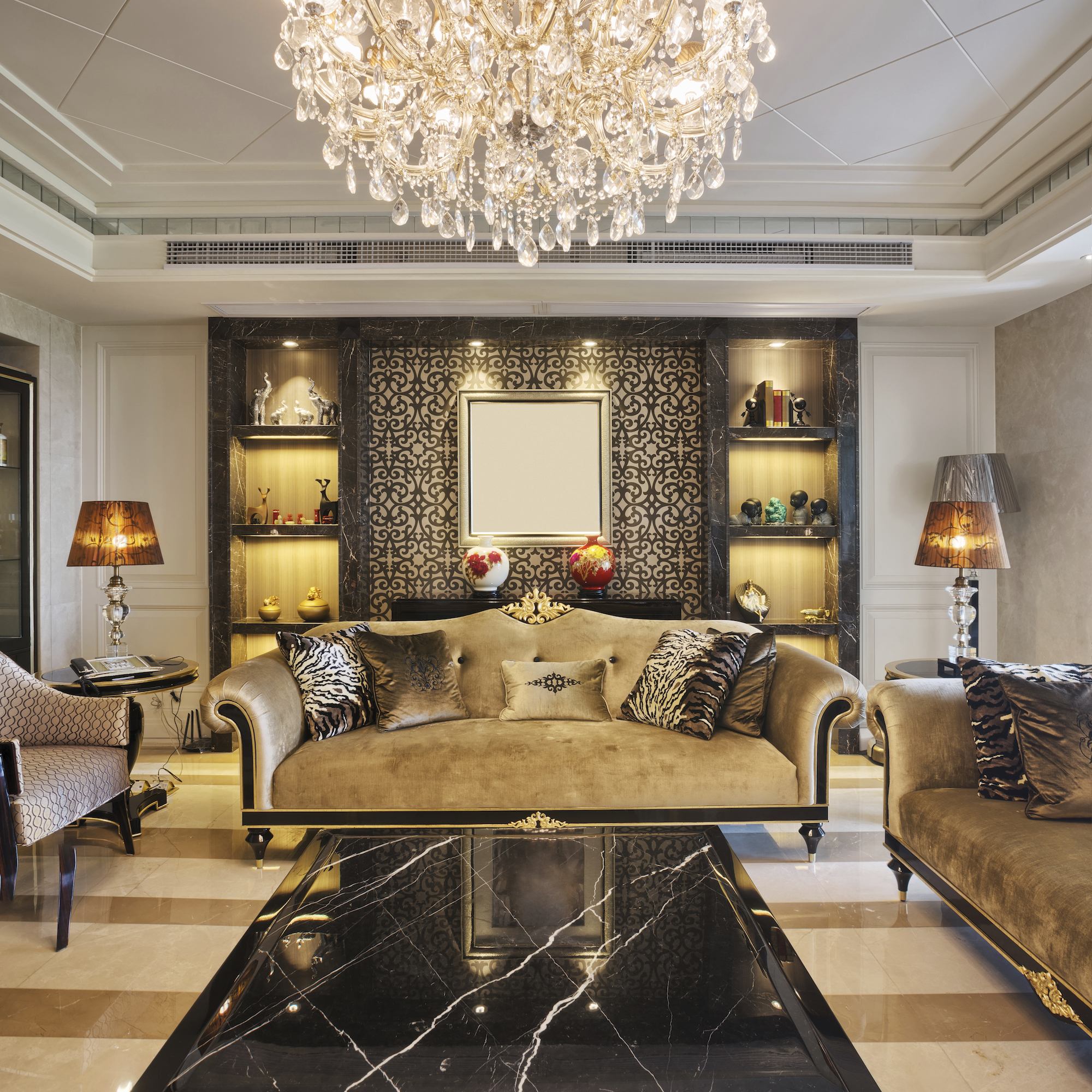 Dust off that gaudy chandelier and break out the lace: Victorian interiors are back in style at last, at least for some Americans.

Though it may be surprising, a recent report from custom furniture brand Joybird reveals that Victorian-era designs are the most popular style of décor across the country. Using Google Trends data from the past year, the study sets the most-searched interior design term from each state side by side for comparison. With the backing of ten states in total, Victorian fashions bested the competition. Those communities in full support include Nevada, Nebraska, Missouri, Indiana, Pennsylvania, Vermont, Maine, Connecticut, Rhode Island, and Delaware.

However, if ornate crown-molding and button-backed chairs aren’t necessarily your cup-of-tea, there is no need to fret. Joybird’s findings also suggest that the popularity of any given style varies significantly nationwide.

So while Victorian interiors may reign supreme in more Midwestern and Northeastern states, the same is not necessarily true for the rest of the country. For example, contemporary or transitional design styles are heavily favored in more coastal, metropolitan places like New York and California.

As an interior designer in New York City, Bonnie J. Steves feels that this kind of diversity in style is to be expected. As she sees it, coastal areas are often the first point of contact for new trends, with Midwestern states like Missouri likely to follow suit soon after.

“The design and fashion industries and other businesses on the East and West coasts help drive the trends,” says Steves. “Contemporary style in particular will permeate [to other states] in coming years.”

So where does Houston stand when it comes to interiors? Joybird uncovers that the most-searched term in Texas is actually contemporary, aligning with the tastes of the design industry at large. In fact, Houston architect and interior designer Lauren Rottet suggests that more and more homes in her area are showcasing transitional and modern stylings.

“All the 30-somethings I know are very contemporary or Mid-Century Modern,” says Rottet. “I think the home [reality design] shows may be influencing this.”

In addition to Texas, other states who favor the contemporary style include Illinois, New York, Kansas, North Carolina, Maryland and Virginia. 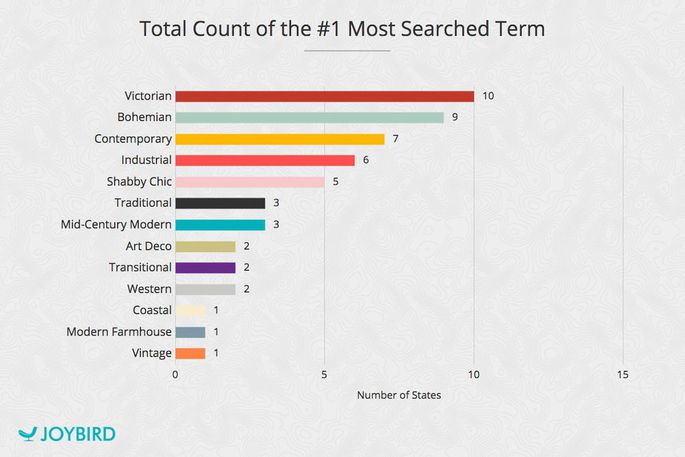