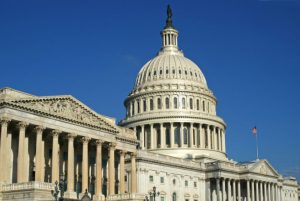 The National Association of Home Builders announced on Oct. 30 that it does not support the forthcoming GOP tax plan, which would ax the mortgage interest tax deduction (MID), eliminating an estimated $80 billion in homeowner subsidies annually.

Until now, the NAHB’s support of the MID had been tepid, leaving its one-time ally, the National Association of Realtors, alone in its quest to ensure that the deduction is preserved.

“Lawmakers missed a golden opportunity to give the American people a tax reform package that would boost middle-class families and promote greater housing opportunity for Americans across the economic spectrum,” said NAHB chairman Granger MacDonald. “By sharply reducing the number of taxpayers who would itemize, what’s left is a tax bill that essentially eviscerates the mortgage interest deduction and strips the tax code of its most vital homeownership tax benefit. This tax blueprint will harm home values, act as a tax on existing home owners and force many younger, aspiring home buyers out of the market.”

Not only would removal of the MID from the tax plan diminish any benefits of owning a home for middle-class families, it would essentially eliminate any incentive for new and young homebuyers to enter the market.

“Given that owning a home is the largest asset for most American households, it makes little sense to offer a tax bill that effectively abandons the nation’s long-standing commitment to housing,” MacDonald continued. “This plan will hurt millions of hard-working American families and marginalize homeownership. The American people deserve better.”