Existing-home sales down for the second consecutive month in January 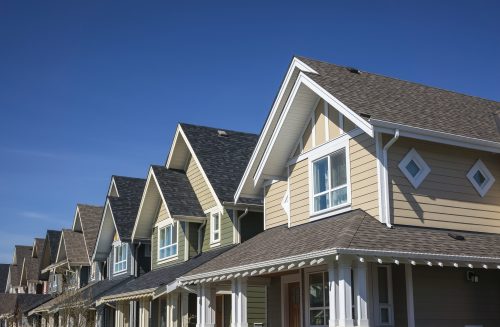 From a downwardly revised 5.56 million in December 2017, total existing-home sales declined to a seasonally adjusted annual rate of 5.38 million last month. Sales are 4.8 percent less than the previous year’s following last month’s drop. This marks the largest annual decline in sales since August 2014’s decrease of 5.5 percent and the slowest sales pace since 5.37 million last September.

“The utter lack of sufficient housing supply and its influence on higher home prices muted overall sales activity in much of the U.S. last month,” said Lawrence Yun, NAR chief economist. “While the good news is that Realtors in most areas are saying buyer traffic is even stronger than the beginning of last year, sales failed to follow course and far lagged last January’s pace. It’s very clear that too many markets right now are becoming less affordable and desperately need more new listings to calm the speedy price growth.”

At the end of January, total U.S. housing inventory climbed to 1.52 million existing homes available for sale, a 4.1 percent increase from the previous month, yet it remains 9.5 percent below last year’s supply of 1.68 million homes. For 32 straight months, inventory has declined year over year. There currently is a 3.4-month supply of inventory compared to January 2017’s 3.6 months.

Despite the current inventory crisis, Yun thinks the tide may be turning. “There was a nice jump in new home construction in January and homebuilder confidence is high,” he said. “These two factors will hopefully lay the foundation for the building industry to meaningfully ramp up production as this year progresses.”

“The gradual uptick in wages over the last few months is a promising development for the housing market, but there’s risk these income gains could be offset by the recent jump in mortgage rates,” Yun said. “If inventory conditions can improve enough to cool the swift price growth in several markets, most prospective buyers should be able to absorb the higher borrowing costs.” 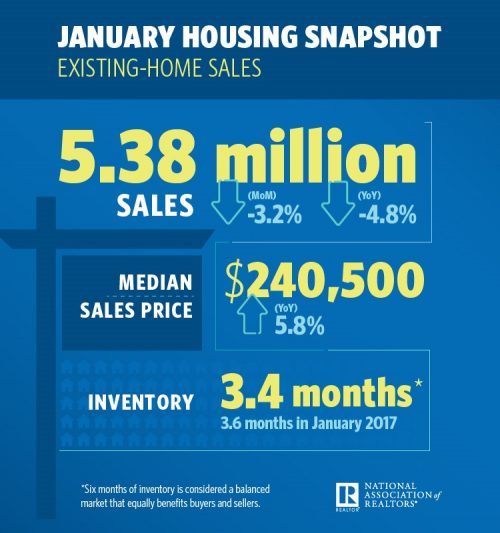