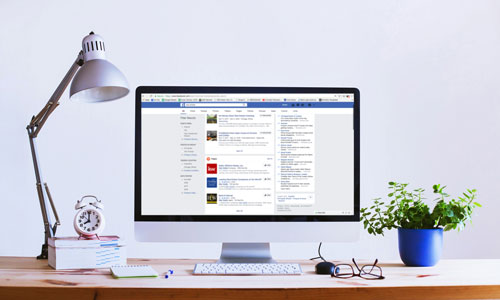 The National Fair Housing Alliance (NFHA) filed a lawsuit against Facebook in federal court on March 27, claiming the company’s advertising platform “enable[s] landlords and real estate brokers to bar families with children, women, and others from receiving rental and sales ads for housing.”

The lawsuit states that Facebook’s platform — which allows advertisers to customize who sees their ads by including or excluding certain demographics and people who have selected specific “interests” on the site — violates the Fair Housing Act.

Passed in 1968, the Fair Housing Act prohibits the “publish[ing] (of any) advertisement, with respect to the sale or rental of a dwelling that indicates any preference, limitation, or discrimination based on race, color, religion, sex, handicap, familial status, or national origin.”

To test if Facebook’s advertising platform could be used discriminatorily, the NFHA created a false advertisement for a Washington, D.C. apartment, and used Facebook’s features to exclude both “corporate moms” and “stay-at-home moms” from seeing the ad.

ProPublica published a similar study in October 2016, demonstrating how advertisers could use Facebook’s platform to exclude members of certain races and ethnicities.

After the NFHA sent Facebook a letter regarding the issue in 2016, the company has “repeatedly promised” to remedy the discriminatory potential of its advertising platform. In November 2016, Facebook claimed it would eliminate using “ethnic affinity marketing for ads that (Facebook) identif[ies] as offering housing employment or credit.”

“Facebook has known for years that its advertising platform violates civil rights laws, but…has refused to change,” said Diane L. Houk, an attorney representing the NFHA. “Facebook is not above the law and must answer these civil rights claims in court.”

Facebook made “nearly all of its more than $40 billion in revenue” last year by selling advertisements on the site. The company’s ability to “customize an online audience for advertisements based on its vast trove of user data has made it the biggest advertising agency in the world,” the lawsuit says.

“There is absolutely no place for discrimination on Facebook. We believe this lawsuit is without merit, and we will defend ourselves vigorously,” said a spokesman for Facebook.