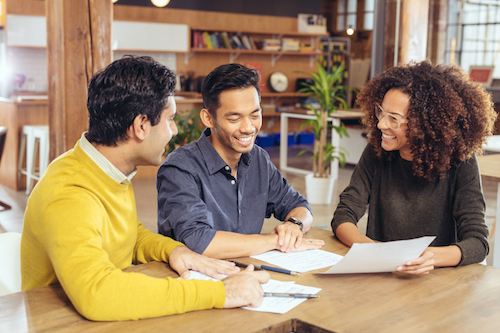 Millennials are finally aging into homebuying, which is one of the reasons why the housing industry is seeing strong sales growth throughout the country. But millennials are also more prone to be members of the “gig economy,” and that is proving to be something of a problem for the mortgage industry.

Luckily, Fannie Mae and Freddie Mac are working on ways to allow such workers to qualify for traditional mortgages, according to the Washington Post.

The gig economy refers to workers who take part-time or temporary jobs that allows them to set their own hours and work parameters. Estimates say 20 to 30 percent of the U.S. workforce participates in the gig economy, according to the Washington Post, and the number could rise to 43 percent by 2020.

Gig-based employment can be lucrative, but it can also spell trouble when seeking to get qualified for a mortgage.

Many lenders look to see two years of income and some reasonable expectation that such earnings will continue for a number of years. That’s a bit harder when one is working temporary jobs.

Fannie recently surveyed 3,000 lending executives and found that gig income on applications is increasingly common, but 95 percent said it’s difficult under current guidelines to use these earnings to approve borrowers’ applications. Two of every 3 lenders said better treatment of this income would either “significantly” or “somewhat” improve “access to credit” for many buyers.

Fannie and Freddie are actively pursuing projects that would do just that. The tricky part for both companies: Whatever solutions they develop must still produce high-quality loans with low risks of default at the end of the process, and ideally must be automatable — that is, borrower information could be entered into Fannie’s and Freddie’s electronic underwriting systems at the application stage.

Pilot programs will likely determine the success of such programs. If a solution is found, it could provide a major boost to millennial homebuyers and the mortgage industry.