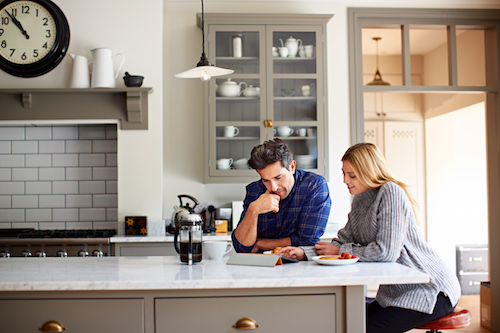 Buying a home is a step in life most Americans plan on taking sooner or later, but a new survey shows more than half of Americans who plan on buying a home, or those who already bought one, have anxiety about affordability in the housing market.

“Purchasing a home is a life-changing decision, yet despite the range of resources, people often aren’t aware of the personalized options available to fit their specific situation,” said Chief Marketing Officer of Laurel Road Alyssa Schaefer.

The first part of a plan many Americans consider is the down payment for a home. According to the survey, 46 percent of Americans are unaware of the alternative down payment options they have. Of all the respondents, 35 percent think they can’t afford a traditional 20 percent down payment. The same belief is held by 46 percent of millennials.

When the survey broke the results down by gender, they found 45 percent of women aren’t confident they can afford the mortgage while only 24 percent of men have the same issue.

Another factor for homebuyers to consider are the mortgage interest rates, which Americans believe will rise to 6 percent by the end of 2018. However, the Mortgage Bankers Association predicts a rise to only 4.6 percent. Despite the fear, 74 percent of Americans would only accept an interest rate less than 6 percent.

“By arming future home buyers with the knowledge and support needed to make an informed and confident decision, we are committed to empowering our customers during the home buying process,” Schaefer said.