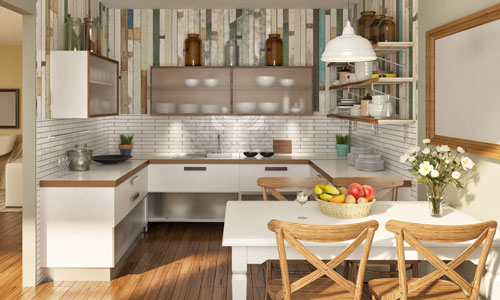 The most popular home renovation projects, like kitchen and bathroom remodels, are the ones that contribute the most to a home’s increased resale value. In fact, two-thirds of renovating homeowners are focused on increasing home resale value, according to a recent study by Houzz.

This year, new homeowners are more likely to take on a kitchen renovation compared to long-term homeowners, with a national median planned spend of $10,000. In Houston median renovation spending reached $24,000, while remodel spending is even higher on the coasts. While home renovations continue to rise in 2018, half of homeowners surveyed by Houzz say that they plan to begin or continue renovations.

“All of the evidence from our research points to 2018 likely being another robust year for the home improvement industry,” said Nino Sitchinava, Ph.D., Houzz principal economist. “Recent buyers and long-term homeowners alike are keen on investing in major projects. Kitchens and bathrooms continue to fuel spending, while exterior features and systems, such as home security and automation, are on the rise.”

Kitchen and bathroom tend to also reap the highest return on investments. For those who renovated their kitchen, 33 percent saw a 100 percent or more ROI, while 23 percent of homeowners tackling a master bathroom renovation saw the same ROI.

Other smaller interior projects that can boost your resale value are a dining room, closet, laundry room and home office remodel. Each of these projects were frequent among at least 10 percent of homeowners surveyed.

Outdoor remodeling projects are becoming increasingly popular in raising home value as well, with fresh exterior paint leads as 23 percent of homeowners took on the project. Following fresh paint, 22 percent of residents are tackling a window or skylight project. Sprucing up a home’s curb appeal can quickly boost resale value, too. Home value can go up between 6 and 13 percent just by maintaining a well-manicured landscape, according to the American Society of Landscape Architects. Likewise, more extensive projects such as a new pool or outdoor kitchen can boost home value while still returning a majority of investments.