Zillow: Affordability is at the lowest point since 2009 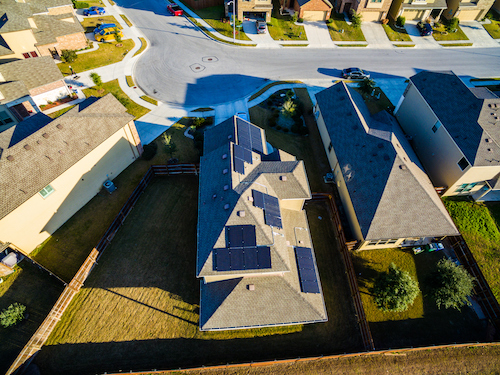 The burden of rising mortgage rates has become a reality for many homeowners in recent years as buying a home is the least affordable it’s been in over a decade, according to a report from Zillow.

Both rising mortgage rates and strong home value appreciation resulted in one of the largest quarter-over-quarter increases in the mortgage burden for homebuyers since the Great Recession, according to Zillow. For the first time since 2009, monthly mortgage payments require 17.1 percent of the median income in the first quarter.

“Mortgage payments haven’t required such a large share of median income since the second quarter 2009, when monthly costs for the typical U.S. home required 17.5 percent of median income,” the report noted.

Trends were much different in the past than they are today. In past years, mortgages would become more affordable as home prices and interest rates fell together, particularly during the early years of the recession. During recovery, low mortgage interest rates have kept homes affordable, while home values continue to climb. In fact, in April, home values rose at the fastest rate in 12 years.

But, even though home values have recovered, incomes have not experienced the same trend. The average U.S. home was worth 3.5 times the value of an average household income, close to the previous high of 3.6 price-to-income ratio in 2008 and much higher than the 2.8 average between 1985 and 2000. However, the report indicates that the price-to-income ratio has stayed the same or increased each quarter since 2012, which indicates that home price increases are outpacing income growth.

In some cities, mortgage payments for the median home is more than 50 percent. San Jose leads the list of these cities where a mortgage payment is worth 51.2 percent, much higher than the area’s historical average of 35.8 percent. In Houston, the average mortgage affordability in the first quarter of 2018 came in at 14.9 percent, down significantly from the average 21.1 between 1985 to 2000. 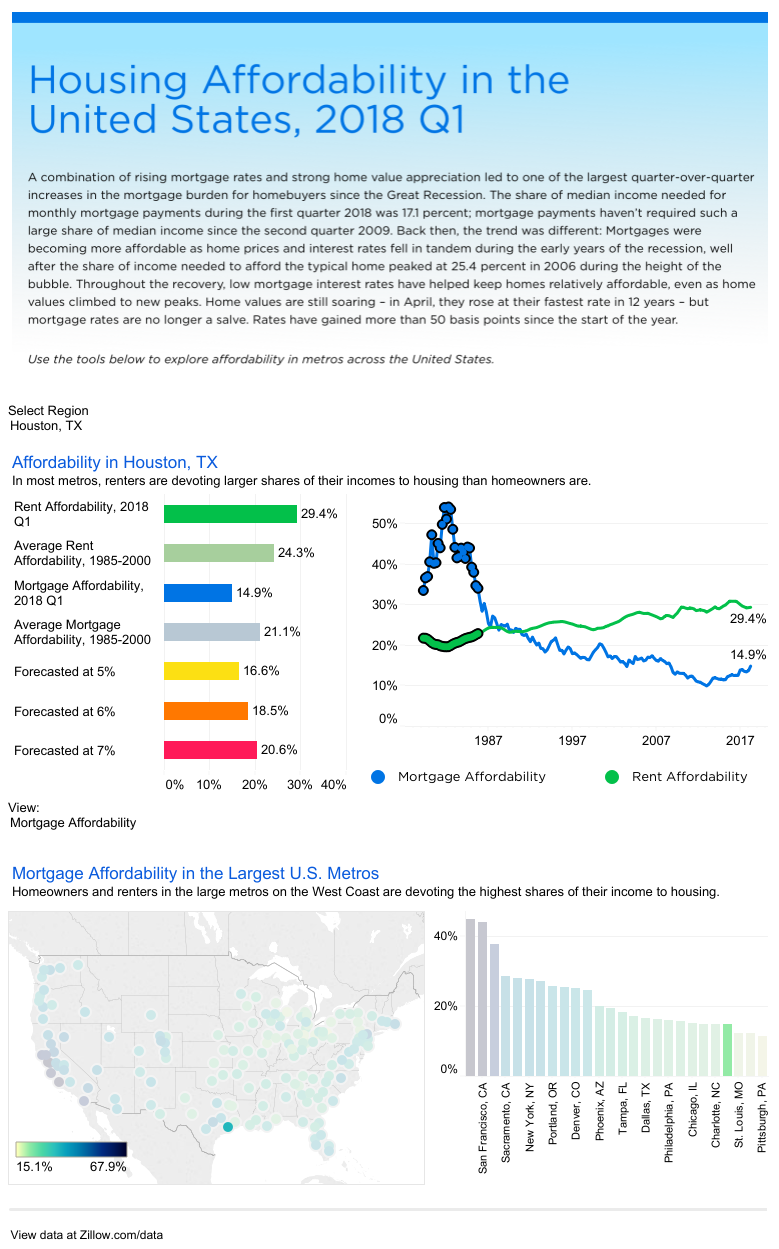