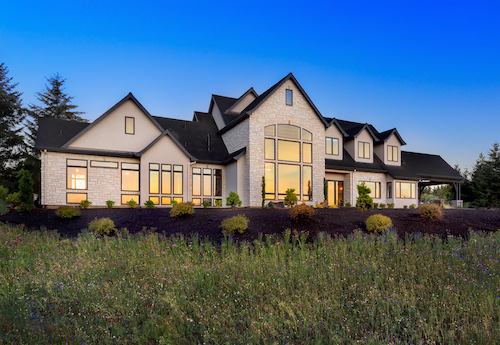 As the homebuying season reaches its peak for the year, sales in the luxury market continued to grow at a record pace last month. Prices in 19 major luxury markets saw double digit growth, according to the realtor.com 2018 Luxury Home Index.

The total number of sales at or above $1 million rose 13 percent over the last year, and at a faster pace than any other July since relator.com began started tracking metrics in 2012. Sales still spiked in July despite substantial price increases. According to Redfin, prices were up specifically in lower-tax states like Florida and Nevada. Luxury prices of homes analyzed by Redfin rose more than 5 percent in the last year to an average $1.9 million in the second quarter of 2018.

Homes are also being sold faster than ever before. Realtor.com reports that the combined median age of inventory in the 91 luxury markets surveyed was 108 days, down 11 days or 9.3 percent year-over-year. Similarly, two-thirds of the luxury market are moving inventory quicker than last year.

“Demand for luxury homes in the U.S. has strengthened this year because stock-market gains and tax reform put more money in the pockets of the wealthy,” said Sheharyar Bokhari, senior economist at Redfin. “Yet the inventory shortage is ongoing–even among multi-million-dollar homes. As a result, we are seeing luxury homes sell in record time.

In a majority of the markets analyzed by realtor.com, the current entry point of the luxury tier is at least $1 million. In this tier, total sales rose 12 percent since last year.

“The strong economy is bolstering demand for luxury homes,” said Danielle Hale, chief economist for realtor.com. “They are selling fast and demand for these homes has pushed the entry level price point to more than $1 million in half of the markets studied. Although there are some pockets of weaker performance, we’ve seen double-digit price growth in 19 markets for the first time in four years.”

The top fastest growing markets are spread from coast to coast. California and Colorado collectively claim half of the top 20.

Zillow also reports that 23 new cities are expected to join the list of those with a median home value of $1 million or more. Of the newcomers, 14 are in California while nine are in the Bay Area. Just 197 of more than 10,000 markets analyzed by Zillow snagged a spot on this list, many of which are located near finance and tech hubs.