These Houston ZIP codes have the largest millennial populations 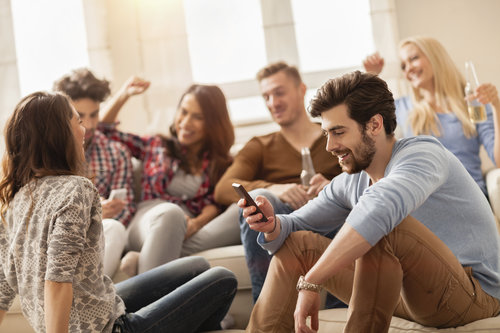 As millennials are expected to become the largest generation in history, it is no surprise the population’s location dynamic has been shifting. With Generation Y making up most of the labor force, millennials are following jobs that are relocating to urban locations and are flooding the residential areas in or surrounding the cities.

Houston is no exception, as the city is one of the top trending urban areas. The Houston neighborhood next to the Astrodome was ranked No. 12 in RentCafé’s list of the top 20 ZIP codes with the largest shares of millennial residents. With 14,400 millennial residents, approximately 63 percent of the 77054 ZIP code population were millennials.

Houston was also recorded on RentCafé’s list of top 20 ZIP codes with the largest overall millennial populations. The Addicks neighborhood with ZIP code 77084 was ranked No. 13 with 32,600 millennial residents.

In terms of which cities across the country are trending with millennials right now, Los Angeles and Manhattan are still top spots for the age group. Denver is also a hot spot with four areas making the top 20 ZIP codes with the highest increase over the five-year period.

RentCafé classified millennials, also referred to as Generation Y, as the population born between the years of 1977 to 1996. It used the U.S. Census population estimates to calculate the ZIP codes with the highest increases in millennial population by the highest number of total Generation Y residents and by the largest share of millennials within a 5-year time-period. 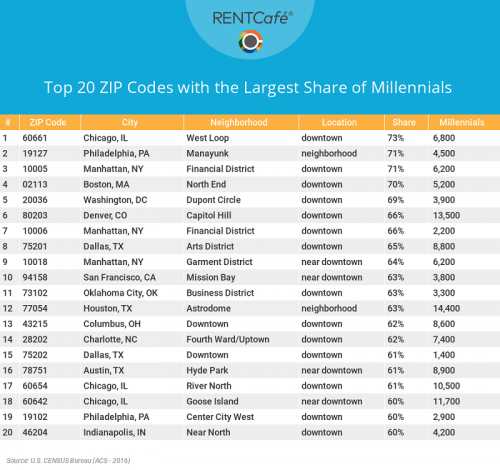