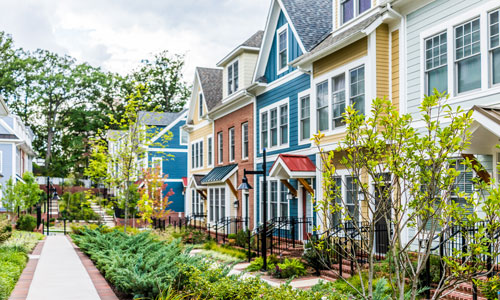 Several cities that were widely favored, but ultimately passed up, during Amazon’s highly publicized search for its second headquarters experienced what some called the “Amazon effect”: More businesses showed interest in relocating to cities like Atlanta after Amazon announced it wouldn’t choose the city for its HQ2. But one of the places Amazon chose, Long Island City in Queens, New York, has already seen a very different sort of “Amazon effect,” as the New York Times explains.

Specifically, condo owners and developers in the neighborhood, located just across the East River from Manhattan, have already seen a surge in sales and prices in the weeks since Amazon announced it would hire around 25,000 new employees to staff a massive new operation. While the bulk of those new hires won’t be chosen for another year or more, apartments and condos around where Amazon will open its first Long Island City office have already seen a surge in demand. According to brokers who spoke with the Times, multimillion-dollar offers are being made sight-unseen on units that aren’t even finished yet. Another property owner who said he had purchased his Queens condo for $848,000 nine years ago was now putting it on the market for an additional $1 million, after making a few upgrades.

“We’re the only neighborhood in New York that is a seller’s market,” Patrick W. Smith, the broker handling the transaction, told the Times. “This has always been a growing and desirable neighborhood, but since the Amazon announcement, we’ve been catapulted by unprecedented national and international exposure.”