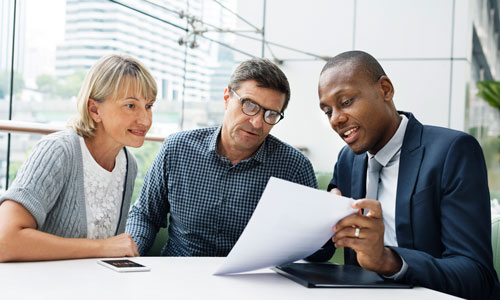 It turns out that sellers may need you more than you might realize. A new survey by SOLD.com found that 94 percent of home sellers are confident about selling their home, yet over half are unfamiliar with the options available to them.

The consumer-facing recommendation platform for home sellers polled over 1,000 homeowners who had sold a home before and asked about their knowledge of the process. The survey found that home sellers are often under-prepared and unaware of the decisions that come with selling a home.

More than half of the survey respondents (58 percent) spent less than three hours researching which method to use to sell their home and the professional they chose to help them. This was backed by a National Association of Realtors report that found that 75 percent of sellers and 68 percent of buyers hired the first agent they contacted.

SOLD.com’s survey found that of those who had sold their last home using a traditional real estate agent, 57 percent thought that the commissions the agent charged were too high. However, when split up by gender, 61 percent of women said that the agent’s commissions were overpriced, while only 43 percent of men said the same. So next time you’re pitching your services to a female client, you may want to redouble your efforts at highlighting your knowledge, expertise, and what exactly you’re doing as an agent to help them.

The survey also found that the typical seller is in need of advice and expertise from an experienced person in the field, namely a real estate agent, to keep them from making poor decisions during the process. “The stark reality is consumers are choosing options that don’t necessarily align with their needs and are taking unnecessary risks with one of the largest financial transactions of their lives,” Matt Woods, President of SOLD.com, said in a press release.

Overall, these survey results are good news for real estate professionals, as they underline the need for a trusted advisor in the transaction. And although it may be natural to assume sellers are stressing about duties that tend to fall outside of the bounds of agents and brokers, such as mortgages or moving, the survey also showed that the item at the top of most respondents’ lists of concerns was getting a home ready to sell, rather than financial issues. Forty-three percent of respondents cited renovating and making repairs to a home as their biggest concern, while 27 percent said that the stress and anxiety of moving was a larger concern than finances were. Only 21 percent responded that finances were their largest concern, with the coordination of timing of buying and selling and tax implications topping the list of financial worries.