With new funding round, Compass may soon go public 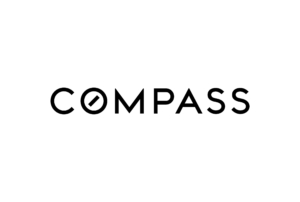 New York-based brokerage Compass just got yet another burst of funding—to the tune of $370 million.

The latest funding round was announced Tuesday, and brings the total valuation of the company to $6.4 billion, a significant boost from the $4.4 billion it was reportedly worth following previous rounds.

The brokerage has now raised more than $1.5 billion since its founding in 2012. One of the funders of this latest round is a firm called Dragoneer, which has a history of funding start-ups like Slack and Uber just before before they go public. An initial public offering of Compass stock is expected “likely within the next 24 months,” according to Ingrid Lunden, a writer for technology news site Tech Crunch.

Why does this matter for agents? Well, it will probably matter for some more than for others. A portion of Compass agents are enrolled in a program to invest a portion of their commissions in company stock options. As of late 2018, over 1,000 Compass agents have reportedly invested about $20 million through the program — roughly one agent out of every seven at that time. Those agents have had opportunities to sell their shares to investors without waiting for an IPO. The value of that stock has reportedly multiplied repeatedly.

The new funding will be used to “accelerate our growth and further our technology advancements,” Compass co-founder Orio Allon said in a statement sent to The Real Deal.

What might that growth and those technology advancements look like? That’s not totally clear. But what is becoming clear is that the traditional model of a brokerage, based on revenue from agent commissions and expenses, is struggling. Case in point: Realogy, one of the country’s largest umbrellas of real estate brands, has a market capitalization of around $600 million — many times smaller than Compass’ current valuation. As recently as 2013, Realogy was worth over $7 billion. Clearly, something’s got to give if brokerages are going to continue to be profitable.

A recent five-part series by real estate blogger Mike Delprete makes a case that what Compass is doing, ultimately, is building an exclusive platform to rival the likes of Redfin or Zillow, where leads to agents are generated and managed by the company and an online platform that functions as a go-to source for consumers creates a robust pipeline. It’s a model largely at odds with what we’ve seen so far from Compass: Essentially, a traditional brokerage that recruited top agents as it launched in major markets, operating according to the same basic type of commission-funded revenue structure used by its competitors.