Clearing the way for a safer, more resilient Houston 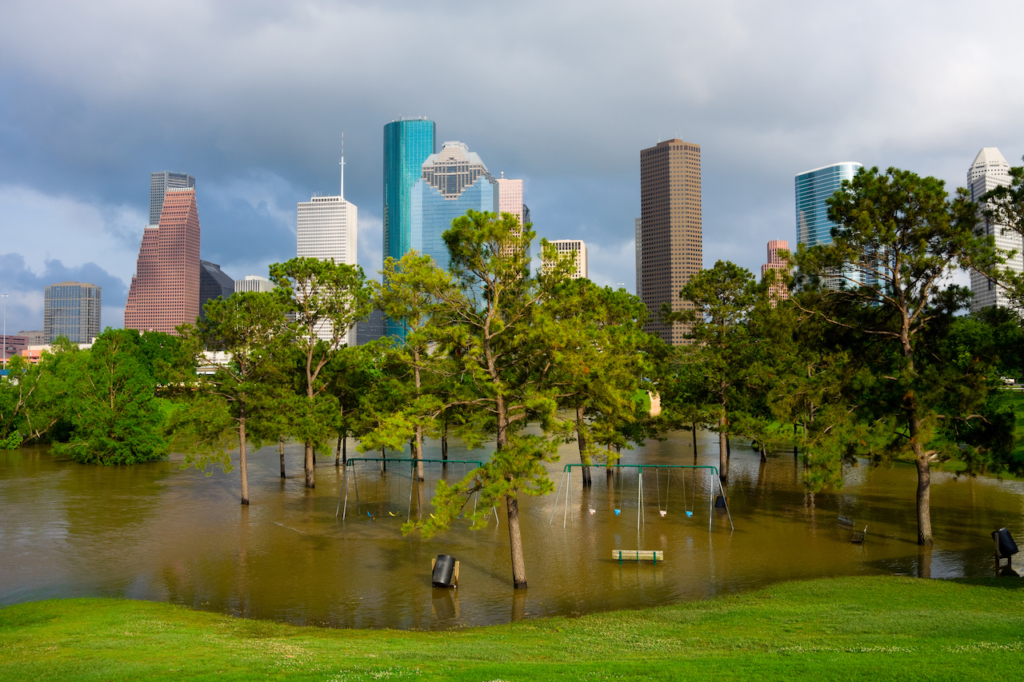 Is a home buyout program the answer to Houston’s flooding problem?

According to a new study prepared for the City of Houston’s Offices of Resilience and Recovery by the Joint Center for Housing Studies of Harvard University, the best way to protect the estimated 18,000 Houstonians who currently live in the city’s repeated flood prone areas is an integrated home buyout program that would clear the city’s floodway of all habitable structures by 2030.

The report, Floodway Buyout Strategy for a Resilient Houston: A Systems Approach to Breaking the Dangerous and Expensive Cycle of Rebuilding in the Floodway, recently awarded the Center’s annual prize for the best student paper on housing, focuses on one of the key goals of the larger Resilient Houston plan, which is to find a solution for Houstonians who live in the “floodway,” the collective term for the areas adjacent to Houston’s 23 bayous.

Already the most flooded city in the U.S., Houston residents are increasingly exposed to physically dangerous conditions caused by extreme weather events, as well as devastating financial conditions afterwards.

In 2017, Hurricane Harvey left one-third of Houston underwater, resulting in the death of 68 people and roughly $130 billion in damages to homes and other buildings. And in the last five years, Houston has weathered six federally declared flooding disasters, including three 500-year storms in the last three years alone.

With all of those disasters, the focus has been on rebuilding flooded properties, but with the Resilient Houston plan, the city is hoping to break the vicious cycle of destruction and rebuilding. A better plan, according to the study, would be to clear the way permanently, which means paying families to relocate to safer areas.

But buyout programs come with a large dose of mistrust; Houston has a history of using relocation and development to displace and consolidate non-white communities, the report said.

Buyout programs are also administratively burdensome and notoriously slow-moving. According to the report, at the current pace of its siloed buyout programs, it would take about 60 years to buy out all of Houston’s identified floodway properties.

Adding to the challenge is the historical and emotional ties families in the floodway may have to their communities, despite the unsafe conditions.

But buyouts in the floodway also have many compelling benefits. Besides the overall goal of permanently relocating families to safer, less flood-prone areas, Houstonians receive $7 in benefits for every $1 invested in buyouts by federal agencies. And the government benefits as well — the cost of a buyout program is significantly less expensive than what has become an exercise in futility: rebuilding over and over again.

There’s also a citywide benefit to having an empty parcel of land, which can then be used to absorb stormwater and in turn minimize flooding in nearby areas.

According to the report, in order for Houston to achieve its resiliency goals, it must move towards a more proactive mindset that includes strategic and managed retreat from flood zones. And that means creating an integrated and scaled-up “buy-in/buyout” program that includes a relocation strategy at the forefront as well as community participation.

“The best buyout programs have strong political, equity, and outreach lenses in service to broader community goals,” the report said.

Using case studies from across the country, including the massive buyout program conducted by the New York Rising Buyout Program following Superstorm Sandy in 2012, the report offered a number of recommendations to help Houston move from an opportunistic buyout program happening at multiple agencies towards a more scaled-up program.

In order to clear out 7,000 floodway units by 2030, the report estimated that Houston must increase buyout program participation to 700 units per year for 10 years.

“Houston has a vibrant ecosystem of academic researchers, community and business leaders, non-profit organizations, and government officials contributing to an overarching commitment to a resilient Houston,” the report said. “In drawing out learnings from peer cities, literature reviews, and interviews with existing program managers, we have applied best practices for Houston to become a leader in buy-in/buyout programs.”