According to data released today by the Bureau of Labor Statistics, the unemployment rate fell to 6.7% in November. While down from 6.9% the previous month, the report marked the fifth straight month of declining job growth.

In addition, 3.74 million Americans said they were unemployed due to a permanent job loss, up from October, while the prime-age labor force edged down to 80.9%.

“November’s jobs report shows a sharp slowdown in job growth, as the unemployment rate fell to 6.7%, underperforming consensus estimates and still leaving a hole deeper than in the worst of the Great Recession,” said First American Deputy Chief Economist Odeta Kushi in a statement.

According to Kushi, while the labor market continues to make progress, having regained more than half of the 22 million jobs lost at the onset of the pandemic, the increase in permanent job losses points t 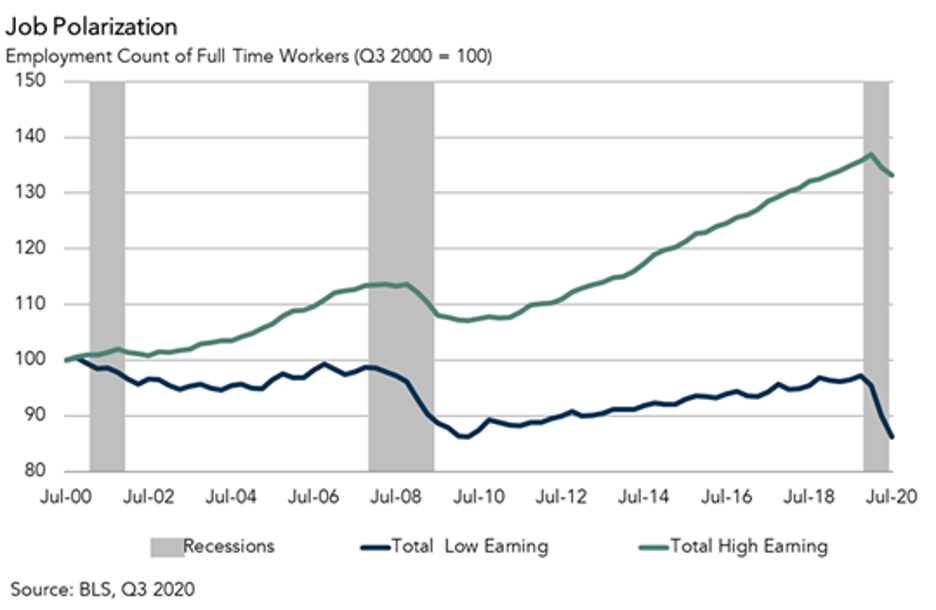 “Job additions have to pick up significantly or it will take another three years to get us back to normal, not even accounting for all the new college graduates who will be searching for jobs during this time,” said National Association of Realtors Chief Economist Lawrence Yun in a statement. “The decline in the unemployment rate to 6.7% should be discounted, since the labor force participation rate declined. Fewer people looking for work is not a good sign.”

So far, the housing market has been largely immune to the economic impacts of COVID-19, as the recession has disproportionally hurt younger, lower wage workers who are less likely to be homeowners or home buyers.

“This bifurcated landscape has allowed potential homeowners who are still employed to channel increased savings towards buying a home and take advantage of record low mortgages,” said Kushi. “While the labor market bifurcation has allowed demand to remain strong, the housing market continues to suffer from a dearth of supply following years of under building.”

While the construction sector added 27,000 jobs in November, Yun said it’s not enough to meet demand. “The tight housing inventory situation is likely to be with us for a while.”

Meanwhile, low mortgage rates, which have helped fuel the housing market and the nation’s economic recovery, are expected to be less effective unless job growth improves.

“The housing market has been soaring despite the subdued job market due to the record low mortgage rates,” Yun said. “However, the rates will not fall further, so the jobs recovery becomes even more important to sustain homebuying.”