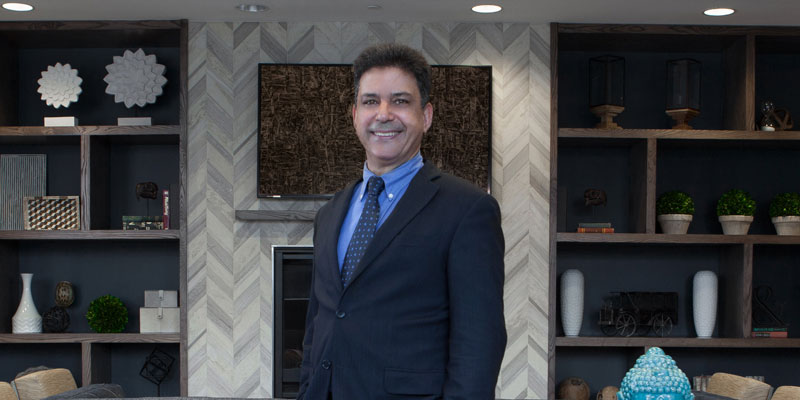 Homebuilder Michael Salomon refuses to be content with just happy customers; he wants a whole network of “raving fans.” Such is the driving force behind Sandcastle Homes, the company he founded in 1995 to build affordable, luxury housing in Houston’s Inner Loop. Salomon credits his success as Sandcastle’s president and co-owner to his ambition, a knack for creative problem solving, multiple years in the construction industry and his uniquely relevant background in civil engineering and finance.

Since the company’s inception in 1995, he and his business partner have built and sold more than 700 single-family residences and townhomes within close proximity to Houston’s bustling downtown district, including the Heights, Shady Acres, Cottage Grove, West End and Rice Military.

Salomon has had an interest in real estate for as long as he can remember. He bought his first home at age 23 and a second home at age 25; by the time he was 30, he’d acquired a dozen rental properties. In 1991, Salomon moved to Houston and bought a home in Woodland Heights. He became fascinated by the housing potential embedded in Houston’s inner city. Four years later he set about to become part of the revitalization. “The time was right,” says Salomon. “Only a handful of other builders were active in this market. And I was able to bring a variety of perspectives to the table, including that of homeowner, investor, seller, builder, engineer and financial specialist.”

All sorts of clients come into the Sandcastle sales office: people who want to stop wasting money on rent, professionals growing weary of long commutes to the suburbs, homebuyers looking for something bigger (or smaller) and people who are just plain new to the area. The common denominator is a desire to be close to all that Houston has to offer in art and culture, fine dining and shopping. Whatever the client’s story, Salomon sees his job as being able to fully understand the nature of their situation so he can find an optimal housing solution for them. Salomon is very proud of his company’s reputation, which is built on fairness, honesty, competency and extraordinary customer service. “Once you’ve earned a great reputation,” he says, “the rewards follow.”

Above all, Salomon seeks to make positive contributions to people’s lives. His pride, joy and passions lie with his family (his wife Lauren and three wonderful children named Analia, Layla and Robby), his company, his mastery of martial arts (which he both practices and teaches) and his cycling ventures around Galveston and surrounding areas. Learn the skills that Michael Salomon has

How to shoot real estate photography like a pro

How to Generate Leads with Open Houses

Negotiating House Price for a Seller in Buyer’s Market