This weekend, the National Association of Realtors (NAR) gathered at the Midyear Meetings in D.C. The organization decided to raise dues by $40, a widely debated increase which aims to reshape campaign financing. 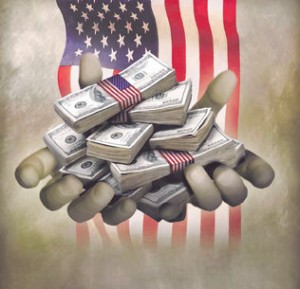 NAR has been discussing increasing membership dues for months; now, despite the wishes of many NAR members (measured by various polls), the due increase will be enforced in 2012, taking members’ current national rates up to $115.

The rate of $115 is impacted by the $35 assessment for NAR’s Public Awareness Campaign which has been renewed and funded since its establishment in 1998; the assessment will be revisited in 2014, so national dues will actually increase from $115 to $155 next year, according to First Arkansas News.

“Earlier today, the NAR Board of Directors voted in favor of the Realtor Party Political Survival Initiative and agreed to fund it through a dedicated dues increase of $40 per member, beginning in 2012. The initiative will allow NAR to provide millions of dollars in additional support to state and local boards, which are facing a cadre of policy proposals that would restrict private property rights and drain home owners’ pocketbooks.

“As the only organization speaking on behalf of America’s home owners, NAR must remain strong and influential at all levels of government. During the past week, we have heard from dozens of industry and government leaders about the broad challenges facing our markets and the growing desire on the part of federal, state and local governments to implement policies that would hurt home owners and the economy. In passing this initiative, Realtors send a clear message that we are ready and willing to protect the home owners and communities we serve.

“On behalf of the entire organization, we thank the directors for their feedback and guidance, as we refined this initiative, and we are grateful to all Realtors who engage in an informed debate prior to this vote.”

However, members may not share Phipps’ enthusiasm. Earlier in the month, a poll by RealTown gathered data, finding that 82.3 percent of members opposed the increase, and 1,237 “no” voters specifically took issue with paying additional political funds, while 524 “yes” voters stated that political advocacy was critical for NAR.

AgentGenius had also posted a flash poll, finding 66 percent of members calling the then, potential, hike in dues “very upsetting.”

While the poll results offered insight into the members’ perspectives, the results were not counted as official votes on the issue.