Houston Boasts Job Growth and Affordability on the Way to Recovery

As many cities struggle to overcome the recession, Houston seems to be slowly making their way toward recovery – with many aspects of its economy showing positive signs. 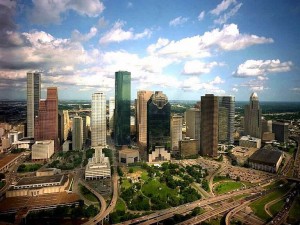 For one, Houston is number two in job growth-with Dallas taking first place, said Houston Business Journal. “The two metropolitan areas have added 134,200 non-farm jobs in the past 12 months, according to figures released Wednesday by the U.S. Bureau of Labor Statistics. That’s the equivalent of 368 new jobs every day.”

“Roughly 31 percent of the nation’s new jobs are being created right here in Houston,” Craig Richard, the chief economic development officer of the Greater Houston Partnership, told MSNBC. “We have reasonable wage rates which allows business to keep other costs down. That’s fantastic for businesses.”

With this success, the city has been seen as a force to be reckoned with, causing Houston to be compared to booming capitals such as New York, Toronto, San Francisco, Stockholm and Sydney on the basis of finances, commerce and culture, in a report constructed by PricewaterhouseCoopers titled “Cities of Opportunity.”

“Both tangible and intangible-physical and intellectual capital-have to be in balance for modern cities to enjoy healthy growth,” states the introduction to the report.

The report ranked Houston as the most affordable city to do business in, in comparison to 25 other cities.

Another recent report from CoStar Group noted that Houston’s commercial real estate market was successful in the first quarter, with job availability and increased population enticing investors, according to Houston Real Estate Observer.

Affordability is also key, since the average median income in Houston was $54,146, or an adjusted income of $60,634. Paired with a median home price of $148,800 in April, according to the Houston Association of Realtors, the strength of Houston’s economy is apparent.