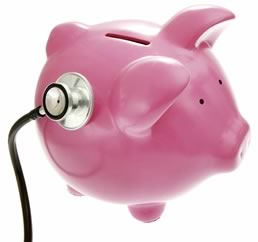 The FHA's newest annual report would appear to contradict recent reports on the agency's solvency.

According to a recent Wall Street Journal piece that we covered on Friday, the FHA is facing two or three years of crippling losses from loans made during the tail-end of the housing bubble. Things could be so bad, the article stated, that the FHA could need a taxpayer bailout similar to what Wall Street banks received in 2008.

That could not be further from the case, though, according to the FHA’s report to Congress. Centering on the Mutual Mortgage Insurance (MMI) Fund, which is the PMI that the FHA collects for its primary source of revenue, the report states that the MMI Fund’s capital ratio has remained positive in 2011 at 0.24 percent, even with the “significant strain” of delinquent, boom-era loans on the FHA’s books.

“In the midst of a tough housing market the FHA MMI Fund continues to be actuarially sound,” said Acting FHA Commissioner Carol Galante. “Because of the Obama  Administration’s strategy to protect the FHA Fund – tightening of risk controls, increased premiums to stabilize near-term finances, and expanded loss mitigation assistance to avoid unnecessary claims – this past year’s endorsements had the highest credit quality ever recorded, and will yield historically high levels of net receipts in the years ahead.”

In an effort to raise additional capital, the FHA has raised its insurance premiums twice the past year, while increasing down payments to 10 percent for borrowers with credit scores of 580 or less.

As encouraging as the FHA report is, it does contain a significant caveat that will hold considerable sway over the agency’s finances – and may, in the end, confirm the WSJ‘s report. The FHA’s report reads (emphasis added), “the actuaries’ report concludes that, barring a further significant downturn in home prices, the MMI Fund will start to rebuild capital in 2012, and return to a level of two percent by 2014 – outpacing last year’s prediction.”

It’s the emphasized clause that is troubling. Though home prices in a number of markets returned to positive territory during the summertime, they have slowed somewhat in the fall, and most recently, CoreLogic’s Home Price Index, which is used by the Federal Reserve, posted its second monthly decline in a row last week. The Case-Shiller, the Standard & Poor’s index that is generally regarded as the authority on home prices, will provide further perspective on home prices when it is released in two weeks on the 29th, and along with construction, private lending and brokering, it now appears that public, government financing will largely rest on its findings.