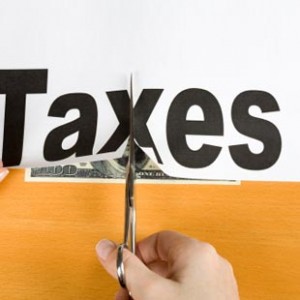 First it was the 2011-2012 federal budget; then the Super Committee, and its potential $1 trillion deficit-cutting measures; now, it’s the payroll tax cut extension, and though all the previous moments of fiscal gridlock in Washington only mentioned housing in passing, the payroll tax cut debate has put housing square in the middle of the negotiations – and  housing professionals are happy about it.

Hammered out in Congress last week with bipartisan support, the extension for the payroll tax cut would utilize an unorthodox revenue source to pay for its cuts. Instead of raising taxes on the wealthy, as Democratic leaders had suggested, the new plan would raise the guarantee fees that Fannie Mae and Freddie Mac charge each time they issue a new mortgage.

Fannie and Freddie primarily fund their operations by selling their guaranteed home loans as mortgage-backed securities, and the fees they charge on those loans cover the threat of default from borrowers. Therefore, critics of the fee hike allege that raising the fees would pass the new costs to potential homebuyers.

Bob Nielsen, for instance, the chairman of the National Association of Home Builders, was particularly pointed in his comments, calling the fee hike “short-sighted,” “counter-productive” and a threat to the entire fragile housing sector in a press release.

“Congress is tampering with [guarantee]-fees and needlessly raising the cost of buying a home,” Nielsen said. “This will jeopardize the tenuous rebound and is the last thing this economy needs.”

On CNBC, Diana Olick has similar perspectives from other housing analysts. Writing of the fee hike’s universal opposition among housing and finance leaders, she quotes Jaret Seiberg of Guggenheim Partners, who forcefully explained to Olick why the measure was attracting bipartisan support.

“This is one of those ideas that manages to attract support from the left and the right because on the right they love the idea of raising the cost of using Fannie and Freddie, because that could bring the private sector back to the mortgage market” Seiberg said. “On the left, it’s seen as a very convenient and not very painful way to extend a tax cut that millions of consumers enjoy.”

The fear among housing professionals, Olick writes, is that banks will simply raise their interest rates to counter the higher fees, and as a result, fewer homeowners will pursue private loans and will instead flee to the public sector, which already guarantees nearly 90 percent of  new mortgages.

“With no appetite for private investment in mortgages, this action will simply drive more business to FHA, at a time when everyone agrees that the FHA should be shrinking its market share, not increasing it,” wrote Mortgage Banker Association President and CEO David Stevens in a statement quoted by Olick.

According to a piece in The Real Deal by Guelda Voien, fees would be raised by one eight of one percent for the next two years, which would be the life of the tax cut extension, and would increase government revenue by approximately $38 billion. As Voien notes, though, the historically low mortgage rates may dilute the impact of a fee hike.

“Some analysts note that mortgage rates are so low that increased fees would be a negligible increase in the total cost of a mortgage,” Voien writes.