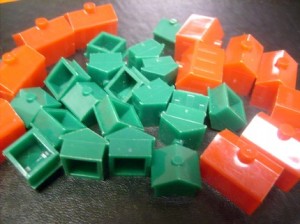 Housing inventory data may have been the main takeaway from the NAR's data revisions.

Understandably, analysts and media outlets seized upon the new sales numbers; they were, after all, the main focus of NAR’s press release on the revisions. Bill McBride of Calculated Risk, though, in addition to The Wall Street Journal, has highlighted another, potentially more valuable revision to NAR’s recent statistical activity: shrinking housing inventories.

“Although there are many distressed sales still to come, this decline in visible inventory is a significant story,” McBride wrote in a comment on the revisions.

How significant? According to graphs McBride posted in a subsequent message, post-revision inventories are substantially below their presumed levels, by as much as half a million homes in some instances.

“Inventory has been revised down sharply for years 2007 through 2011,” McBride wrote. “As expected, with the downward revision, inventory is now at late 2005 levels.”

Timiraos also pointed out an unexpected nuance of the inventory topic, one that we’ve covered here before. Although shrinking inventories would appear to be a good thing – after all, there are an estimated 1 to 3 million vacant properties floating around the market right now, and that’s not counting the 1.6 million shadow inventory properties – a large part of those falling inventories is not increased sales or conversions to rentals, but the most “attractive supply,” as Timiraos puts it, being pulled off the market in the face of falling home values.

Data that Zillow released yesterday put the lost value in housing for 2011 at $681 billion, and many homeowners of the most appealing single-family units are simply unable to accept such losses on their homes. So, they take the property off the market, inventories fall, and the available supply of homes looks increasingly lackluster. And as McBride showed, the quantity of that supply was even less than originally thought.