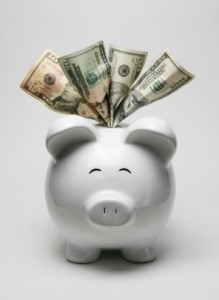 Home affordability reached record heights in 2011, especially in the Midwest.

Housing affordability reached record heights in 2011, according to the National Association of Realtor’s (NAR) latest Housing Affordability Index (HAI),reaching its highest levels since the index was first launched in 1970.

Based on median home price, median family income and the average mortgage interest rate, the HAI topped off 2011 at 184.5, a number that, given NAR benchmarks, represents a remarkably high level of affordability.

In general, the higher the HAI is, the greater the household purchasing power. An index of 100 means that median-income is in perfect equilibrium with the median-price, assuming a 20 percent downpayment and that 25 percent of gross income is devoted to mortgage principal and interest payments.

The index was especially high in certain metro areas, particularly in the Midwest. For instance, the Detroit-Warren-Livonia area of Michigan had an index of 383.4, while Toledo, Ohio was at 242.9 and Decatur, Ill., at 236.8. Only 24 out of 152 metros that NAR measured had an affordability index below 100 in 2011.

Moe Veissi, the president of NAR, said the index highlights the local nature of real estate.

“Even with record high housing affordability conditions, all real estate is local,” Veissi said. Both buyers and sellers need to be aware of what works in their local market, and Realtors are the best resource because they have unparalleled knowledge of local market conditions and options.”

Lawrence Yun, the chief economist for NAR, said the Midwest was the best represented region in the index.

“Clearly, the Midwest has the greatest concentration of areas where home buyers have the strongest purchasing power, followed by the South,” Yun said. “Metros on the West Coast and along the Northeastern seaboard have generally higher-priced homes, which account for lower affordability.”

According to Yun, softer home values and historically-low interest rates were big contributors to rising affordability, and existing-home sales have reflected consumer demand for deals.

“Sales have risen strongly in lower price ranges from one year ago, while sales at the upper end remain sluggish,” Yun said. “More importantly, we’re seeing a consistent trend of declining inventory, which means supply and demand conditions are becoming more balanced in more areas, which will help stabilize home prices.”