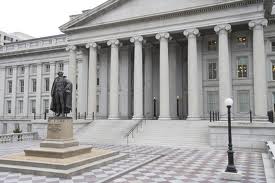 The U.S. Treasury has gained $25 billion in interest after selling the final securities issued by Fannie Mae and Freddie Mac.

The U.S. Treasury Department says it has sold off the final portion of $225 billion in mortgage-backed securities it purchased during the height of the financial crisis, and in addition, the sales of securities issued, primarily by troubled mortgage companies Fannie Mae and Freddie Mac, have netted the government $25 billion in interest.

The Treasury purchased $225 billion in government- sponsored-enterprise bonds and made a profit of $25 billion from principal, interest and the sale. Treasury announced in March 2011 it would begin winding down the program through sales of as much as $10 billion of bonds a month.

This profit comes, according to Bloomberg Business Week, as the Treasury has been working to exit from its 2008 rescue programs, including the Troubled Asset Relief Program. The Obama administration has highlighted the performance of the TARP bank program, which has returned about $259 billion, more than the $245 billion lenders received. There are 361 banks still remaining in TARP.

However, this still leaves the government with heavy losses from the rescue of Fannie Mae and Freddie Mac in September 2008. Taxpayers have spent roughly $170 billion to rescue Fannie and Freddie, the most expensive bailout of the 2008 financial crisis. The government estimates it could cost up to $259 billion more to support the companies through 2014 after subtracting dividend payments.

“The successful sale of these securities marks another important milestone in the wind down of the government’s emergency financial crisis response efforts,” Mary Miller, Treasury assistant secretary for financial markets, said in a press release. “This program helped support the housing market during a critical moment for our nation’s economy and delivered a substantial profit for taxpayers.”

Houston Housing Scorecard: While inventory remains down, existing-home sales are up