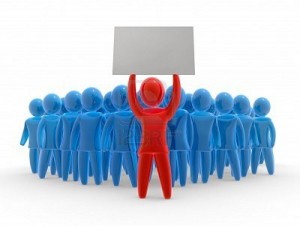 Protesters of the Ashby high-rise are far from done, according to a list of new actions from their latest meeting.

As the Ashby High-Rise moves forward toward construction, the project remains a source for creative protest plans from neighborhood residents.

According to a Houston Chronicle article on the unrest, more than 300 people met Tuesday night to strategize new methods of resistance to the development that include more interactive approaches with the surrounding communities.

As the Chronicle notes, though, a newer version of the protest movement’s manifesto tones down some of the more confrontational strategies, namely the appearing at the homes of those involved in the development. Chris Amandes of the Stop Ashby High-Rise Task Force, said in the story that though some opponents embraced the methods, others feared they went too far.

“Lots of people feel very passionate about this and responding in a very personal way,” he said.

The new strategies, though, do confirm statements made in March by Jim Reeder, the co-chair of the task force, who had promised further action against the high-rise.

“The friend of my enemy is my enemy,” Reeder said, meaning that the agents who lease the development’s units, residents who live there and people who frequent the planned restaurant for the building could be economic targets for the opposition.

“Whatever happens here, I can assure you this ain’t over,” he said.