Is Housing’s Foundation Getting Stronger? 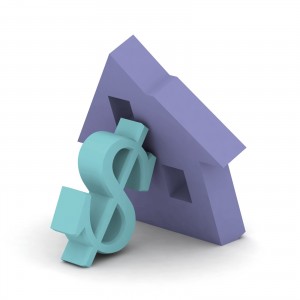 With for-sale home inventories at a record low, and a boost in home sales, is the housing market on a steady path to recovery?

Chief Economist for Fannie Mae Doug Duncan released a statement today that said housing market activity is on a steady incline toward improvement, “well ahead of last year’s pace.”

Duncan and Fannie Mae are not alone in recognizing a more positive attitude towards the nation’s housing market. Harvard University’s Joint Center for Housing Studies released their report titled The State of the Nation’s Housing mid June, which reported a similar trend.

Another factor contributing to the nation’s housing market recovery is the actual inventory of homes for sale. Realtor.com reported in their May 2012 findings that the total inventory of for-sale single family homes, condos, townhomes and co-ops stood at, “1.88 million units, down -20.07 percent compared to a year ago, and well below its peak of 3.10 million units in September 2007.”

Eric Belsky, managing director of Harvard’s Joint Center for Housing Studies, recognized the impact that home inventories have on the market.

“With new home inventories at record lows […] stronger sales should further stabilize prices and pave the way for a pickup in single-family housing construction over the course of 2012,” said Belsky.

Perhaps the one hurdle that can hinder the rate of this recovery is the nation’s labor market, which Duncan also commented on. He explained that June saw an 80,000 increase in nonfarm payrolls, bringing the second quarter monthly average gain to 75,000, which is a dramatic drop over the first quarter’s monthly average of 226,000.

“It is unclear how long this encouraging trend [for the housing market] can persist given the backdrop of ongoing weakness in the labor market,” said Duncan.

Chris Herbert, director of research at Harvard’s Joint Center for Housing Studies shares Duncan’s sentiment regarding the impact the labor market has on the housing market’s recovery.

“What the housing sector needs is a sustained increase in jobs to bring household growth back to its long-term pace and spur demand,” said Herbert.