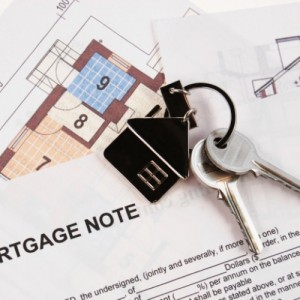 In its most important move yet, the CFPB has released its new proposed forms for mortgage disclosures.

After a few months of relative quiet, the Consumer Financial Protection Bureau (CFPB) made considerable waves on Monday with its released of a 1,099-page rule detailing its new standards for mortgage disclosure forms.

Intended to simplify the process for consumers shopping for a home loan, the CFPB’s website features before and after images of disclosure forms, and as has been the case since it launched its site, consumer comments are encouraged.

The loan estimate form, which is three pages long, includes information such as the loan amount, interest rate, projected payments and cash to close. In addition to larger fonts, the form is laid out in a more open, easier-to-navigate fashion than the current form, and the disclosure form proposal, which is five pages long and focuses on the total costs of the loan, uses the same layout.

Though the Mortgage Bankers Association has not yet specifically addressed the rule (it still needs to wade through its 1,000+ pages),  David Stevens, the association’s president and CEO, did provide Houston Agent with a comment on the disclosure forms.

“We welcome the CFPB’s efforts to simplify mortgage disclosures so that borrowers have the most complete picture of the terms and costs of the mortgage they are applying for or signing for,” Stevens said. “It is critical we give borrowers all the information they need in a way that is easy to digest.”

Stevens also said, though, that such changes will not occur overnight.

“Changing the disclosures will also impose massive change on those in the industry, who will need to implement the new forms, rules and processes into their mortgage processing,” he said. “We will be working with the CFPB to make sure the forms, and the rules surrounding them, are best for borrowers and lenders alike.”

The forms are the end result of 10 rounds of revisions and tens of thousands of public comments, and according to a Housing Wire article on the form’s release, the public still have until Nov. 6 to review the form and provide comments.