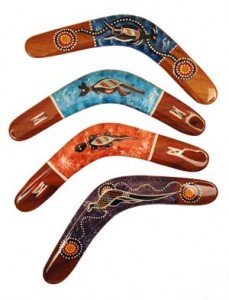 Boomerang buyers, previous homeowners who love their homes to foreclosure but are now buying again, will become quite influential in future housing markets.

“Boomerang buyers” are just like any other prospective homebuyer, except with one key difference – as the clever name would suggest, they are returning to the homeownership market after going through a foreclosure during the housing downturn.

And because of how widespread foreclosures were in that unfortunate period, boomerang buyers represent a sizable number of people. Homebuyers who default on their mortgage must wait three years before they are eligible for an FHA-backed mortgage, and as Moody’s Analytics has computed, in 2012’s second quarter, that equaled 729,000 households, up from 285,000 a year ago. And by 2014’s first quarter, they’ll number 1.5 million.

As the Wall Street Journal recently documented, some of the nation’s most influential housing firms, from Lennar Corp. to K. Hovnanian Mortgage, are seeing a growing number of formerly delinquent buyers “coming out of the penalty box,” as Lennar CEO Stuart Miller put it. Several factors go in to when boomerang buyers return to the market, including:

After the housing bubble burst, many distressed homeowners opted to rent instead of own, and the housing market saw an apartment boom that created increases in average rents, some of which have been substantial. In 2012’s third quarter alone, national rents rose 0.8 percent.

With mortgage rates at record lows, though, and housing at an irresistible level of affordability, boomerang buyers have begun returning to homeownership – will they be the ultimate boost the single-family market needs?