How Will the Fiscal Cliff Affect Real Estate? 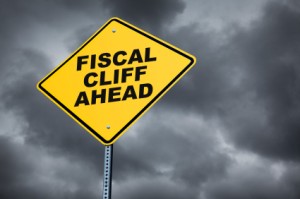 The Fiscal Cliff, which involved $500 billion in automatic tax hikes and spending cuts on Jan. 1, could have serious ramifications for the fledgling housing recovery.

Unless you’ve been living in severe isolation the last couple months, you know all about the so-called “Fiscal Cliff,” the rather dramatic name that the media has given to the latest round of budgetary disputes facing Congress and President Obama.

Though the Fiscal Cliff is often given preeminence in the news cycles – with most analysts, the CBO included, predicting it would set off another economic recession – we wanted to look at the Fiscal Cliff through the guise of real estate, and examine how it could affect housing if we do indeed take the plunge come 2013.

What is the Fiscal Cliff? And How Will it Affect Real Estate?

First of all, an explanation – the Fiscal Cliff refers to $500 billion in automatic spending cuts and tax increases that will take effect Jan. 1, 2013 if Congress and the President do no agree to a budget deficit reduction plan. It was passed during the Simpson-Bowles Commission (a special commission assembled to recommend methods for decreasing the deficit) to incentivize Congress to reach a bargain, but clearly, it did not succeed in its initial goal!

So how would all this affect the housing market? Well, a number of ways, in fact:

And of course, in the middle of all this are the real estate agents themselves, and how they are continuing to conduct business amidst this uncertain environment.

William Ishee, an agent with Robyn Jones Homes in Houston, said the Fiscal Cliff could be particularly harmful for the mortgage markets, with both interest rates and taxes rising. Therefore, with families being primarily affected, an agreement should be reached.

“We should work together and fix the problem,” Ishee said.

But what’s your take on the situation? Will the powers that be reach a compromise, or will ideology force the country in to a recession and stall the housing recovery? Sound off your thoughts in the comments section.