When Will First-Time Homebuyers Make Their Triumphant Return?

Though the housing market is recovering, first-time homebuyers have thus far been an absent component of that recovery; when will they return? 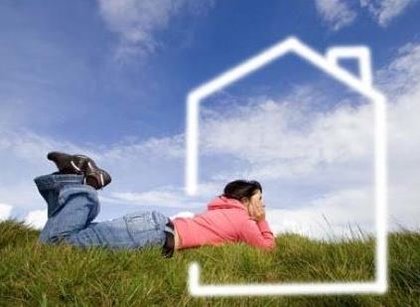 The housing market may be showing its best signs of life in years, but one essential component to a healthy, fully functioning housing market has, thus far, been conspicuously absent – the first-time homebuyer.

Normally comprising 40 percent or more of home sales, first-time homebuyers in the past year have made up a much smaller percentage of home purchases, though the latest findings from an industry-leading survey suggests there may be changes coming from around the corner.

According to the most recent Campbell/Inside Mortgage Finance HousingPulse Tracking Survey, an influential study of the housing market that surveys roughly 2,000 real estate agents each month, first-time homebuyers are not only coming back to the housing scene – they represent the fastest growing category of home purchasers:

Thomas Popik, a research director for Campbell Surveys, said it remains to be seen whether or not the homebuyer traffic measured by the HousingPulse translates to more first-time homebuyer purchases.

“We see strong first-time homebuyer traffic, but it’s still not clear that the traffic will translate into increased purchases,” Popik said. “First-time homebuyers are dependent on low-downpayment financing, such as FHA mortgages, and announced FHA program changes will take effect this spring.”

Here in Houston, the situation is similarly nuanced. Jack Haymes, an agent with United Real Estate in Houston, said that though Houston’s market is doing quite well, certain nuances to the market are prohibiting first-time homebuyers from getting in on the action.

“The credit market is available to [first-time homebuyers], but lenders are really wanting more of a substantial down payment at the current time,” Haymes said. “I would like to see further easing of mortgage loans so we can help that sector of our economy into a house and be apart of the American Dream. Home builders here in Houston are trying to offer incentives to the [first-time homebuyers] to reduce some of the out of pocket closing costs, however, recognizing that [first-time homebuyers] haven’t fully returned to the market place is a great first step. Now we can get all parties involved and solve the issue.”