Asking prices exceeded rents for the second month in a row in the Trulia Price Monitor, with prices up in 98 of the nation’s 100 largest metro areas. 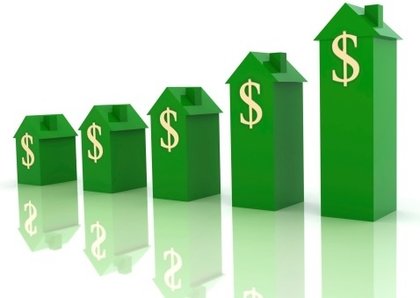 It was another banner month for asking prices in May, with prices for the month rising faster than the rate of asking rents, according to the latest Trulia Price Monitor.

Based on an extensive study of all the listings on its sites, the Trulia Price monitor found that asking prices shot up 9.5 percent in May, compared to just a 2.3 percent increase for asking rents.

Indeed, it’s a rather stunning about-face for the U.S. housing market, one that was defined by soaring rents and fledgling home-price increases just a year ago. Other key findings from the Trulia Price Monitor included:

The Affordability Gap in the U.S. Housing Market

Another aspect of the housing market that Trulia’s research looked into was the affordability gap, and how some of the nation’s most expensive housing markets saw the strongest increase in asking prices in May. In Honolulu, for instance, where 74 percent of the average income is needed to pay monthly mortgage costs, asking prices were up nearly 13 percent in May, while in San Francisco, where 55 percent of income is needed, they were up 19.6 percent.

Here in Houston, though, the situation was a darned interesting one, with the Bayou City’s rental and homeownership markets appearing on wildly different sides of the affordability spectrum.

Owning in Houston remains absurdly affordable; in fact, Trulia rated Houston as the second-most affordable metro market in the nation, with only 12 percent of the city’s average income needed to cover a monthly mortgage – and that was with an 8.7 percent year-over-year increase in asking prices in May!

Houston’s rental market, though, presented a much different story. Not only did rents in Houston increase 9.7 percent from May 2012, which was the largest increase in the nation, but Houston now has the 14th most expensive rental market in the nation, with 29 percent of the average income needed every month to cover rental costs.

But it all goes to show how relatively affordable it currently is to own, rather than rent, in Houston, and Trulia’s Chief Economist, Jed Kolko, actually commented on that fact, and how soaring homeownership costs in California could continue to drive prospective homeowners to the Lone Star State.