CoreLogic: Houston the No. 2 Most Overvalued City in America 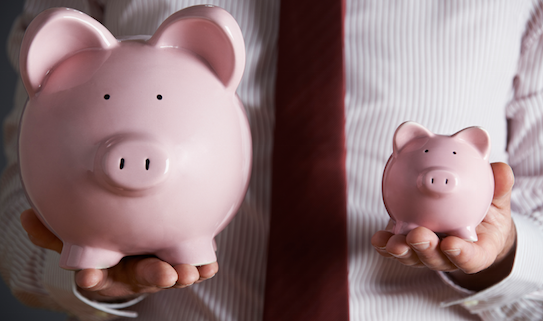 During the 2005 to 2007 bubble years, the gap between home prices and the long-run sustainable values in the U.S.’ largest 100 markets was approximately 10 percent, meaning that housing was 10 percent overvalued to its fundamentals.

When the market collapsed, the tables were flipped, and home prices fell to 10 percent below sustainable levels. In the following years of recovery, the overall market has achieved a near normal level, with a gap only 3.6 below the long-run sustainable level. However, according to a new report from CoreLogic, at least 14 of the top 100 markets in the U.S. are currently overvalued – double the number at the end of 2015’s first quarter.

Among the 14 overvalued markets CoreLogic identified, Texas holds the most at five: Austin, Dallas, San Antonio, Fort Worth and Houston. The most significant gap between prices and sustainable levels is Austin, at 42.3 percent, with Houston following closely behind in the No. 2 slot.

The Bayou City, which has been labeled as overvalued by many experts recently, was found to be 25.4 percent above the long-run sustainable level, and currently 22.7 percent above peak home price levels before 2007.

A big reason for Houston’s now precarious position is the rapid pace of home price appreciation. In 2013, home prices in Houston appreciated by 11 percent, and since 2014, the pace has increased to 16.3 percent – the same rate as in Austin. 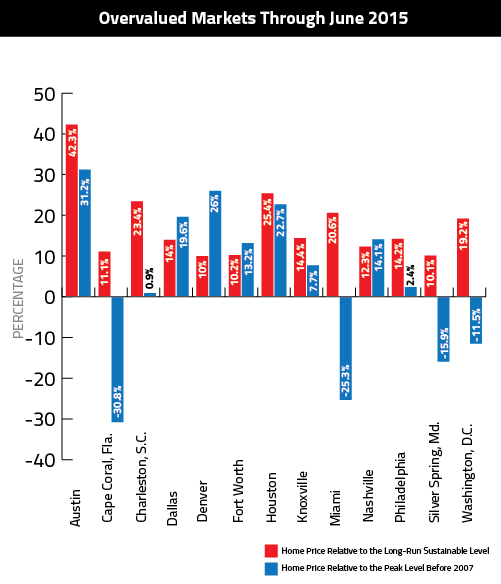 In an interview with CNBC, CoreLogic Deputy Chief Economist Sam Khater spoke to the markets identified, and admitted it is a worrisome situation.

“It is a little bit worrisome, because the markets are becoming overvalued without strong demand,” he said. “If there were more construction, these markets would not be overvalued.”

Construction spending in overvalued markets like Miami and Houston, contrary to Khater’s comments, has actually remained quite robust through the recovery. However, the money is often remaining sunk in the higher end of the market. On the lower end, where demand remains pronounced but financing difficult to obtain, new homes are few and far between.