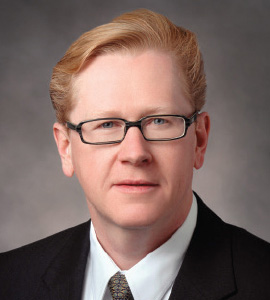 Hans Nordby is the managing director of CoStar Portfolio Strategy.

Every week, we ask a real estate professional for their Short List, a collection of tips and recommendations on an essential topic in real estate. This week, we talked with Hans Hordby, the managing director of CoStar Portfolio Strategy, about the four trends that are driving rental demand nationwide.

Every rental market is defined by something unique – an abundance of renter-friendly suburban developments, for instance, or booming luxury apartment construction. But on a national scale, we have seen four key trends emerge in the apartment marketplace:

4. Strong and consistent, renter demand shows no signs of tapering off. This is far and away the key dynamic defining the market right now. Housing markets across the country are witnessing robust demand for apartments, due in part to the growing number of people who are either uninterested in homeownership or unable to afford it. As has been widely reported, many young people are forgoing homeownership for the convenience and excitement of city apartment living, while others – both young and old – are opting to rent due to financial necessity. This steady stream of demand is keeping vacancy rates low and rent growth high.

In fact, even as new buildings begin to lease-up, the national rent growth rate is positive and remains strong. Average asking rents have increased by 3.9 percent since last year, according to Q2 data. And with supply absorbing faster than expected, annual rent growth is now projected to jump above the 4-percent mark by the end of 2015. In almost every major metro area in the U.S., rents are currently above their pre-recession peaks.

3. Supply is surging as markets rise to meet demand with new construction. To meet this unwavering renter demand, developers are pumping new inventory into markets across the country. As such, apartment supply continues to flow quickly, with nearly 260,000 new units expected to deliver by the end of 2015 and another 200,000 to come in 2016 in the top 54 U.S. metros. Compare this to 2011, a year which saw effectively zero supply added to the market.

Fortunately for property owners, amid this influx of new development, leasing activity has flourished as well. Over the past three years, more than 160,000 units have been absorbed annually, and an additional 215,000 are expected to lease-up by the end of 2015. However, developers should take note that the pace of new construction is on track to eclipse demand. Indeed, if this year’s projected construction of 260,000 units is realized, the national apartment market may find itself with a near-term oversupply of approximately 45,000 brand new, vacant units at the end of 2015.

Nationwide, CBD construction represents approximately 8.5 percent of existing CBD inventory. That’s a far greater share than is seen in premier suburban areas, where development accounts for less than 4 percent of premier suburban inventory – even though these areas are typically only a couple of stops away from downtown or mass transit. And in the suburbs, new development makes up an even lower percentage of the inventory existing in the area already.

1. There is a shift toward luxury development, leading to a disparity in vacancies by building class. Increasingly, developers are discovering that new Class A and Class B buildings bear nearly identical initial investment costs, yet the former offers a significantly higher return on investment due to higher face rents. As such, markets across the country are seeing a rise in the development of luxury, Class A apartment complexes.

Over the past two years, luxury properties have seen vacancy rates rise by 1.6 percent. Over the same time period, however, Class B vacancy rates have actually gone down slightly, by 0.7 percent. Many households are still finding homeownership out of reach and are unwilling or unable to pay the higher rents associated with luxury units, settling instead for Class B properties.

Given these current national trends, it is likely that the multifamily market will remain a growth opportunity for investors and property owners for the foreseeable future. Americans are increasingly embracing renting over owning, and that is unlikely to change any time soon. At the same time, this is also going to continue to be a period of intense development and competition as massive new inventory hits the market each year. Taken together, these trends all point to one of the most exciting and dynamic periods in the industry’s history, with unique opportunities presenting themselves in local markets across the country.

Hans G. Nordby leads CoStar Market Analytics and CoStar Portfolio Strategy (formerly Property and Portfolio Research), a wholly owned subsidiary of the company. Nordby joined PPR as a research strategist in July 2002. In that role, he managed research projects for REITs, opportunity funds, plan sponsors and commercial banks. Most recently, he served as director of advisory services, where he led risk management, investment strategy and other projects for some of the world’s largest commercial real estate investors. Prior to joining PPR, he worked in portfolio management and acquisitions for a pension fund advisor, and as a commercial real estate strategy consultant with KPMG Peat Marwick. Nordby received a B.A. from the University of Minnesota and an M.B.A. from Indiana University.

The Short List: Gary Bisha on Distinguishing Yourself From Your Competition

The Short List: Gino Blefari’s 5 Ways to Boost Your Productivity in 2016

The Short List: Marina Krakovsky on How Agents Can Operate Better in the Modern Economy

The Short List: Remodeling the Heart of the Home

The Short List: 3 Ways to Get Ahead of Rising Mortgage Interest Rates