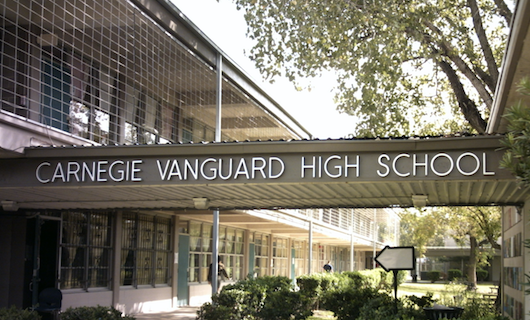 U.S. News & World Report has been the gold standard for educational rankings for more than three decades, and in its 2016 “Best High Schools” list, Houston’s Carnegie Vanguard High School broke the national top 10.

Texas high schools had a strong showing in this year’s top 10, with three state schools making the cut (two in Dallas and one in Houston).

According to the report, Carnegie Vanguard’s ranking comes as a reflection of its college readiness score and its strong student-teacher ratio, as well as a litany of other stats, such as its high minority enrollment rate (59 percent) and perfect graduation rate (100 percent).

Statewide, Carnegie Vanguard was slotted in the No. 3 spot, alongside three other Houston high schools.