The average millennial needs to save for 11 years to afford a home in Houston, study says 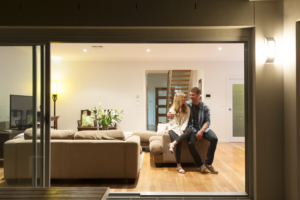 As millennials have aged into the largest homebuying population in the country, economists and real estate experts have spent considerable time figuring out why the group is slow to buy homes.

Millennial spending habits have been blamed, as has their preference of lifestyle enrichment — vacations, for example — over material possessions such as homes. But a much more simple answer might be the most true: that owning a home in many cities is too daunting a financial prospect for many young people.

How daunting? Consider that the average millennial looking to buy in Houston would need to spend 11 years saving to afford a down payment towards a $252,000 home, according to a new study by Abodo.com.

And that decade-plus savings time is even below the national average. Abodo commissioned a study on millennial homebuying trends by region and city, and found that the average U.S. millennial would need 15.6 years of saving 15 percent of their yearly income to affordable a $278,337 home. In some millennial-favored locations like San Francisco, the wait time to affordability is almost 29 years.

Some might say that young people’s preference of the largest and most competitive cities is compromising their homebuying ability. But even in the most affordable market of Dayton, Ohio, a millennial making the median income would need to save for seven years, according to Abodo.

Nationwide, about 32 percent of homeowners are under 35. Young owners, however, only control 7.5 percent of the country’s home value, suggesting the homes they can buy are on the affordable side, according to Abodo.

If millennials wait the decade-plus it could take for them to afford a home in their preferred city, they won’t be “young” homebuyers at that point. The demographic does want to buy homes, however, and the market needs to find a way to supply affordable starter homes for this customer base.

Houston ranked 29th out of 45 major cities for its millennial homeownership rate. Check out how it stacks up against Houston Agent’s sister cities, and see the full study here.