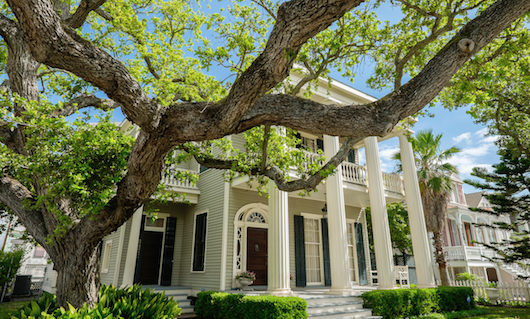 Sales of luxury homes in Texas jumped more than 19 percent this year, surpassing $7.5 billion in total sales dollars in 2017, according to the 2017 Texas Luxury Home Sales Report from the Texas Association of Realtors.

From October 2016 to November 2017, luxury home sales in the state grew to 4,622, a 19.1 percent increase. During the same period, the sales dollar volume of Texas homes sold for $1 million or higher was more than $7.6 billion, which is a 19.9 percent increase year-over-year.

Luxury homes make up a third of statewide sales

The MSA’s luxury home sales peaked in February 2017 and saw the largest decline in August 2017 after Hurricane Harvey. The only other month when there were year-over-year declines was in June. 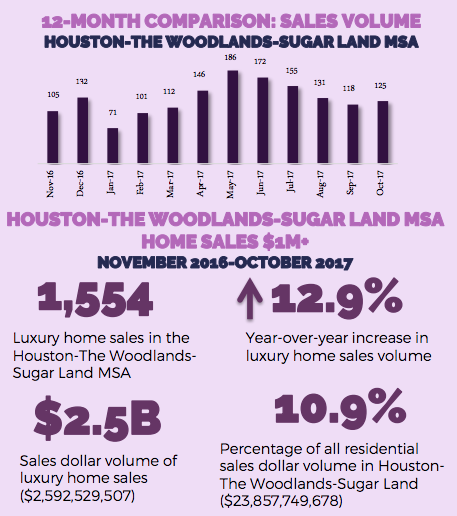 New luxury listings increased 12.1 percent from November 2016 to October 2017 and pending sales rose 15.1 percent. While this is slower than the statewide averages, luxury homes in Houston spent an average of 83 days on the market from January to October 2017, which is a shorter time than the other three MSAs.

“Signs of a softening housing market are historically first seen among luxury price classes, but there’s been no such evidence of a softening market among Texas luxury home sales this year,” Fullerton said. “Slowing luxury home price appreciation in Texas, however, could indicate that home price growth among the Texas housing market at large could begin to normalize in 2018, which would help curb growing housing affordability challenges throughout the state.” 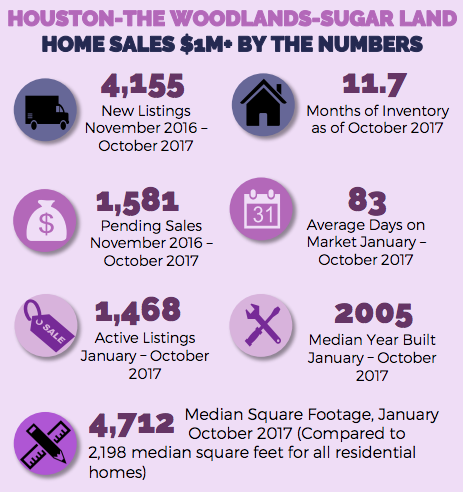