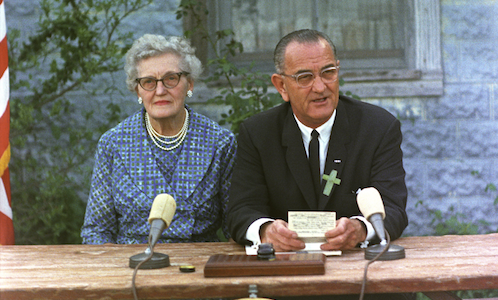 President Lyndon B. Johnson’s former home is on the market for nearly $3 million. The 142-acre ranch home is near Johnson City, about 70 miles west of Austin and 10 miles east of the Lyndon B. Johnson State Park & Historic Site, according to the Houston Business Journal. Johnson bought the ranch in 1963, one week into his presidency, and eventually sold it for $300,000 in 1971. The main house preserves some of the original residence, and there is a second house on the land where Secret Service used to stay.