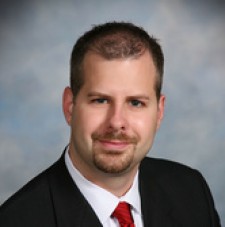 RE/MAX Fine Properties agent Steven Kinne was awarded the distinguished RE/MAX Lifetime Achievement Award. This award was introduced in 1992 and entails prerequisites of agent’s who have earned more than $3 million in commissions, have previously achieved the Hall of Fame award and completed seven years of service within the company.

The award is an extremely difficult achievement with less than 6 percent of all active agents in the RE/MAX system to have achieved this award since its start.

Kinne joined RE/MAX nearly 14 years ago, and was inducted into the Hall of Fame five years into his career. He most recently, won the RE/MAX Diamond Club honor with $41 million in team sales in 2017 and more than 250 transactions. Kinne has been acknowledged by the Houston Business Journal for the past four years as the top producing agents in the units sold.

“Steven Kinne’s tireless dedication to serving his clients, consumers and community have allowed his to achieve this high honor,” said Nimesh Patel, broker and owner of the RE/MAX Fine Properties. “Obtaining this award is a significant achievement, and we’re extremely proud that Steven is a member of our team.”