Pearland is one of the most prosperous cities in the country 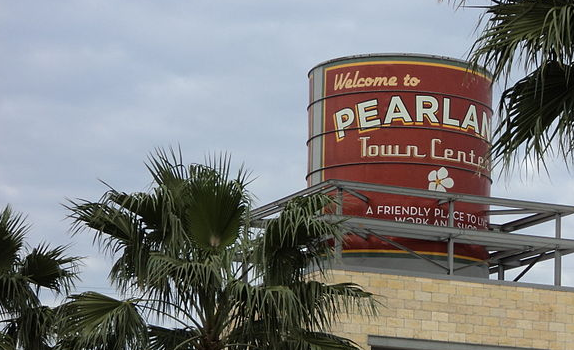 Although it may not be the first city people think of, Pearland has been one of the most prosperous cities in the country, according to a new report from RentCafé.

The website looked at data in cities with populations higher than 100,000 from 2000 to 2016, comparing factors such as the population growth, median income, home values, the percentage of the population with a higher education degree, poverty rate and unemployment rate.

One of the main reasons behind this major upswing is the growth of U.S.-wide crude oil production. According to the website, production saw a 50 percent growth from 2000 to 2016.

“That is a staggering growth, especially considering that production figures had been plummeting in the first half of these 17 years, and after bottoming out in 2008 it only took 7 years for the U.S. oil industry to not only recover, but even come within a hair’s breadth to repeating its all-time high recorded in 1970,” RentCafé reports.

Although home values grew 21 percent, incomes only rose 8 percent from 2000 to 2016, showing a growing lack of affordability in the area. Additionally, the unemployment rate grew by 14 percent.

See the top 10 most prosperous cities in the country in the chart below. 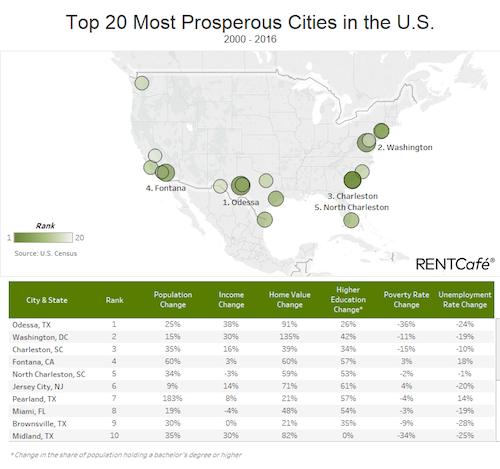