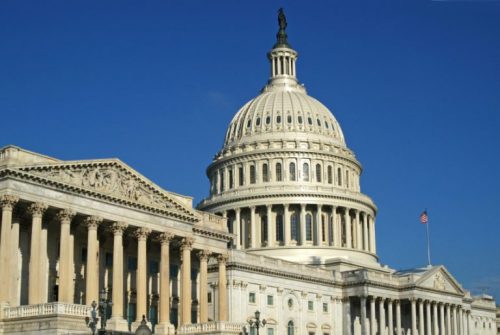 The annual Realtors Legislative Meetings & Trade Expo took place last week in Washington D.C. and covered a variety of topics impacting the real estate industry. Couldn’t make it to D.C. for the event? We share some of the highlights below.

The board of directors of the National Association of Realtors officially approved a $30 increase in dues to $150 per year starting in 2019. Proposed early last month, this 25 percent jump is expected to produce an additional $39 million per year. NAR said that $17 of additional $30 will go toward Realtor Party programming, while the other $13 will go toward operations and programming.

NAR also originally proposed a 2.5 percent annual increase beginning in 2020, but postponed the vote on that decision. There have been many vocal opponents to the dues increase, including the Houston Association of Realtors, who voted to formally oppose the due hike.

Charlie Oppler was elected as the 2019 First Vice President of NAR, and will become the 2021 president. Oppler, who won by nine votes over Sherri Meadows, has been a Realtor for more than 30 years, and is currently the CEO of Prominent Properties Sotheby’s International Realty in Tenafly, New Jersey. Oppler has served on the NAR Board of Directors since 2003 and was the president of the New Jersey Association of Realtors in 2004.

Home sales expected to rise in 2018

NAR chief economist Lawrence Yun gave his 2018 mid-year forecast at the meeting and offered a generally positive outlook on the housing market. Home sales are expected to increase 1.8 percent and prices will increase 5 percent by the end of the year, which could cause affordability to hit a six-year low.

CFPB to end regulation by enforcement

The Bureau of Consumer Financial Protection announced that it will eliminate regulation by enforcement. CFPB Acting Director Mick Mulvaney spoke at the expo and said that the organization will work to bring more clarity to consumers and businesses about what is and is not legal, while removing any extraneous or overly burdensome regulations.

“It’s a fairness issue, if you’ve done something for so long and the government wants to change the rules, shouldn’t the government have to tell you they are changing the rules before they fine you?” Mulvaney said.