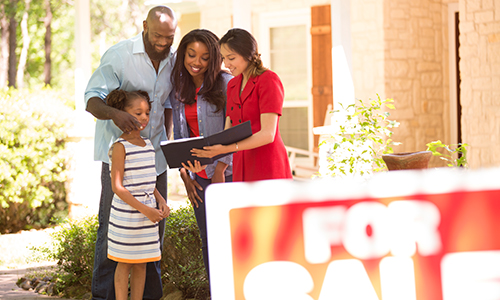 In a year defined by rising home prices, sellers fared well in 2018, according to a new report from Attom Data Solutions.

Based on its analysis of public sales records across metro areas with at least 200,000 residents, the report estimated the average home seller earned a profit of $61,000 last year, or a 32.6 percent return on their initial investment. This is the highest average profit recorded since 2006, and the fifth consecutive year of ROI increases for home sellers.

Much of the growth in homeowner margins was attributed to strong home price appreciation. The nationwide median home sales price hit a new high of $248,000 in 2018. A handful of the 127 metro areas analyzed saw even bigger profits, however. Some of the highest ROI gains were seen in high-priced California cities like San Jose (108.8 percent), San Francisco (78.6 percent), Merced (66.4 percent) and Santa Rosa (66.1 percent). Seattle was also near the top of the list in terms of most value returned to home sellers last year, with an average ROI of 70.7 percent.

Returns for those who wait

Home price appreciation, and the profits they generate for sellers, tends to rise according to the laws of supply and demand. Over the last several years, economic growth has helped boost demand for homes, but more of the price and profit gains may have come from the supply side of the equation.

Attom Data Solutions also found the U.S. average homeownership tenure (the number of years between when a home is bought and when it is sold again) grew to new heights last year. Homeowners who sold their property in the fourth quarter of 2018 spent 8.3 years in that residence on average. For comparison, average homeownership tenure hovered just above four years between 2000 and 2009, and has doubled since the Great Recession.

According to Attom Data Solutions’ chief product officer Todd Teta, seller profits tended to be highest in metros where average homeowner tenure was also high. Therefore, even though homeowners are acting in their best interests by waiting longer to realize any profit from selling, this is squeezing buyers through exorbitant prices and inventory shortages.

Still, Teta said there are signs of a reversal on both fronts in several major metro areas. Slower price appreciation may prompt homebuyers to re-enter the market, but could bring the side effect of reduced seller profitability.

“The economy is still going strong and home loan rates remain historically low. But there are potential clouds on the horizon,” he said in a news release on the report. “The effects of last year’s tax cuts are wearing off as limits on homeowner tax deductions are in place and mortgage rates are ticking up ever so slowly, so this could dampen the potential for home price gains in 2019.”

Other highlights in the year-end report from Attom Data Solutions: