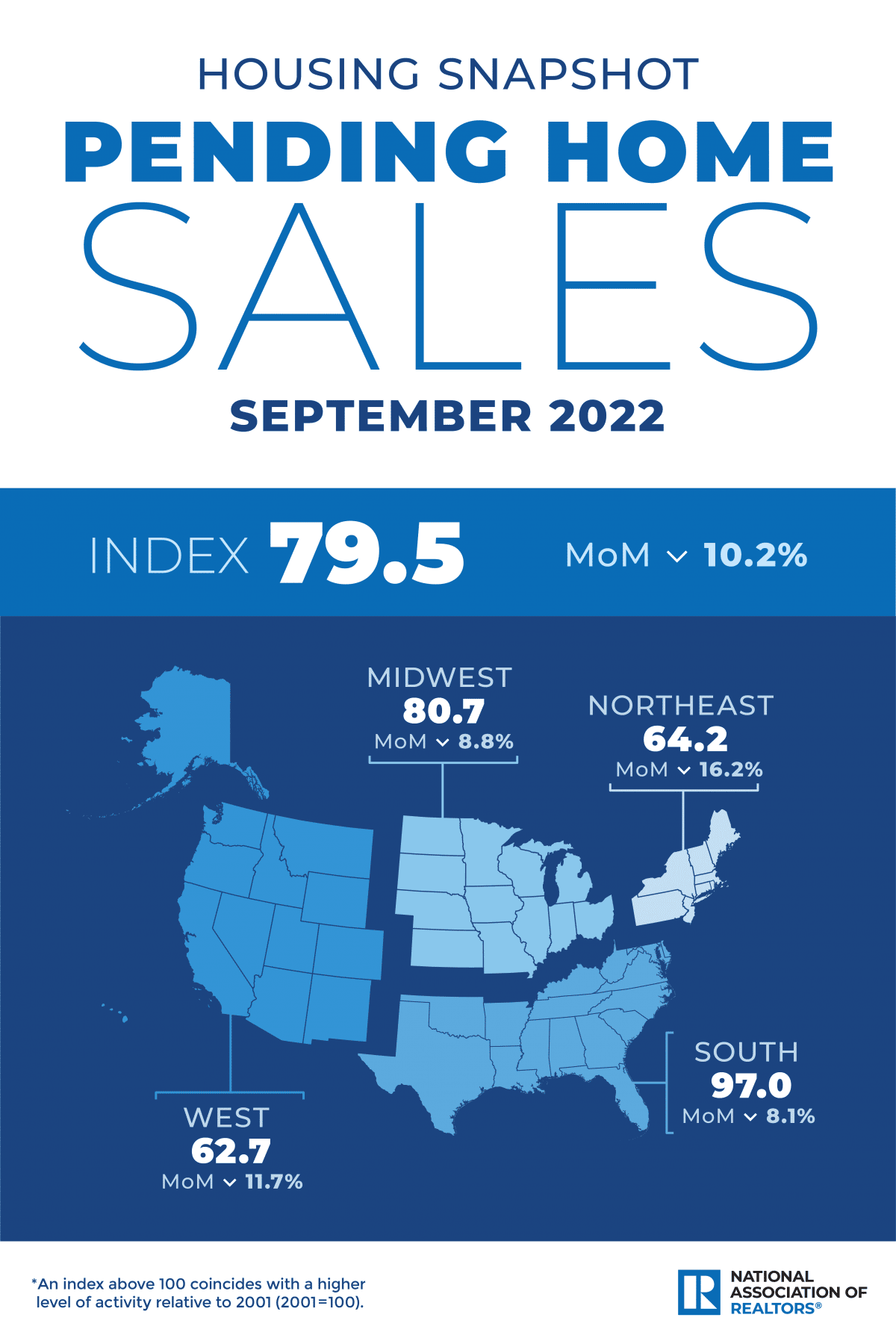 Pending-home sales fell for the fourth month in a row in September, posting a 10.2% drop on top of August’s 2% dip, the National Association of REALTORS® reported, citing its Pending Home Sales Index.

Year over year, sales were down 31.1%. Pending sales, in which the contract has been signed but the transaction has not closed, are considered a leading indicator and generally precede existing-home sales by a month or two.

“Persistent inflation has proven quite harmful to the housing market,” NAR Chief Economist Lawrence Yun said in a press release. “The Federal Reserve has had to drastically raise interest rates to quell inflation, which has resulted in far fewer buyers and even fewer sellers.”

Yun noted that high mortgage rates, which broke the 7% mark just this week, are likely to constrain housing inventory, as existing homeowners balk at giving up the “rock-bottom” financing they currently enjoy.

“Only when inflation is tamed will mortgage rates retreat and boost home-purchasing power for buyers,” Yun said.

“While the number of households in the U.S. suggests that somewhere near six million existing-home home sales a year is normal, we are far from normal,” Fleming said. “Pending-home sales indicate existing-home sales closer to four million [seasonally adjusted annual rate] than five million SAAR over the next few months.”

Regionally, all geographic areas saw declines in pending sales, led by the Northeast, which logged a 16.2% decline from August, followed by the West with an 11.7% drop, the Midwest with an 8.8% decrease and the South with an 8.1% slide.

A look at condominium and townhome sales in Houston