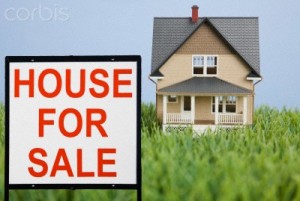 According to a report Wednesday from the Austin Board of Realtors, home resales in central Texas fell 10 percent in March compared to a year ago. Based on this information, the month of April will not be much better.

The Statesman reported that in central Texas, 1,597 existing single-family homes were sold at the average price of $185,260, up by 2 percent. This number breaks down to $112 a square foot, up by 1 percent.

This time last year consumers were rushing to reap the benefits of the federal tax credit that ended in April 2010 and in turn the March 2010 sales were up 27 percent from the year before.

“We were expecting this March to be a big negative, because last March was an artificial number,” said James Gaines, research economist at the Real Estate Center at Texas A&M University. “But there are still some other headwinds, mainly in the mortgage market and the difficulty of credit. Recovery is just a slow process.”

The National Association of Realtors reported that across the nation home resales were down 6.5 percent in March compared to a year ago. This number was measured by the annual rate of sales. About a third of consumers were first time homebuyers compared to 44 percent a year ago.

Gaines believes that people in the market looking for a house are also feeling the pinch.

“Lenders are getting even tighter on the equity requirement, so if you’re not getting FHA financing, lenders are beginning to ask for a full 20 percent down,” he said.

Home sales in Central Texas took on average 96 days, which is 32 percent longer than in took in March 2010.

A key sign of April’s activity are pending sales because they record transactions that are on their way to closing. Pending sales are down 17 percent from last year.

“The fact that pending sales are down substantially, while the amount of time it takes to sell a house is increasing, suggests a continuing weakness in the market,” said Charles Heimsath , president of Capitol Market Research. “If you can’t sell a house in Detroit and you’re moving to Austin, you can’t buy a house in Austin. You have to rent.”

Heimsath mentioned that rental activity in the Austin area has stayed strong. “Apartment rents have never been higher, and the market is 96 to 97 percent occupied.”

In March there were 1,174 properties leased in the Austin, which is 9 percent more when compared to last year. On average the rental price was $1200 and compared to March 2010 is a 4 percent increase.

4,965 homes were sold in the first three months of the year, which is down 3 percent from the same time period last time.

Heimsath believes that number of home sales is not likely to turnaround yet.

“The strength of the economy and job growth long term make for a robust housing market, and we’re not there yet,” he said.