According to the Institute for Luxury Home Marketing’s Luxury Housing Report, early numbers from the spring home buying season suggest that demand for luxury homes is warming up. 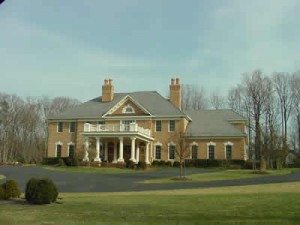 Inventories of homes over $1 million built up over the winter, but even with more properties coming on market with warmer weather, increasing the national inventory from 27,500 to 32,500 since January, days on market have dropped markedly in recent weeks. According to the report, the rolling median of homes on the market seen days or less has fallen the most since the first of the year, from 175 days to 130.

The AARC survey was based on the responses from 405 men and women who promptly responded and met the minimum net worth requirement of $800,000. Their households have an average annual income of $333,000, an average net worth of $3.1 million, average investable assets of $1.8 million, and an average primary residence value of $1.1 million.

The report says about 10 percent of the affluent say they will seriously consider acquiring access to a vacation home during the next 12 months. Plans to make an acquisition increase as age declines, income increases, and net worth increases. About 2.9 percent are considering two types of vacation home acquisition. Wholly-owned homes are the most favored type of vacation home access. Wholly-owned homes used primarily on a seasonal basis are more popular than those used frequently throughout the year. The only exceptions are the 50 to 59 age group, the under $200,000 income group, and the lowest net worth group.

In addition, spending plans for all 17 products, including major expenditures for new autos, cruises, and luxury vacation homes, are much stronger this spring than they were six months ago, according to the report.