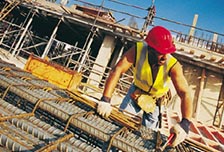 According to an extensive report by the Houston-based private equity firm SigmaBleyzer, several important economic factors, including housing and construction, rose in Texas for July, a fact that defies current national economic trends.

SigmaBleyzer’s report said that jobs, manufacturing activity, housing and exports were all up for the month of July.

The success for Texas’ manufacturing was because of two key factors. One, the Texas economy remains closely intertwined with the energy sector, which continues to prosper amidst economic uncertainty, and two, the state’s economy is also quite involved with overseas markets, making it less dependent on weakening U.S. consumer demand.

The most impressive findings from the report, though, came in housing. Because it avoided the overbuilding that defined the housing boom, Texas does not have the backlog of empty homes that continue to stall growth in other states. As a result, Texas was the only state in the nation with more building permits in the first-half of 2011 than in 2010, and now accounts for 16 percent of the nation’s housing permits. As Houston Agent has previously reported, such numbers are not the current norm for construction.

Additionally, year-over-year home values are up in Texas by 0.4 percent, whereas values fell 2.8 percent nationwide.

All of the positive economic trends have ultimately contributed to Texas’ labor market, which is creating jobs faster than any other state. In the past year, Texas has created more than 240,000 private-sector jobs, while recovering about 87 percent of the roughly 400,000 jobs that it lost during the economic downturn.