Low Rates an Elusive Perk for Many Homeowners 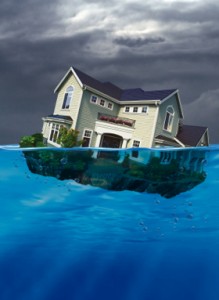 Underwater homeowners remain a problem for housing, and it's unclear if the HARP will help them.

What good are low mortgage rates if nobody can take advantage of them? That’s the main question of a recent piece by Derek Kravitz, an Associated Press economics writer.

Though rates are at historical lows, underwater homeowners – a quarter of mortgage owners, or 11 million people – have no access to them, as no banks are willing to refinance such mortgages.

Described in the piece as the “most desperate population in the country today” by Brookings Institution economist Barry Bosworth, underwater borrowers are the focus of President Obama’s recent revision to the Home Affordable Refinance Program, or HARP, which allows borrowers with Fannie Mae or Freddie Mac mortgages to refinance their loans.

Kravitz describes one such scenario: “Underwater homeowners are paying an average 30-year fixed mortgage rate of 5.7 percent, according to an analysis of mortgage data by CoreLogic and The Associated Press. That compares with today’s average rate of 4.11 percent on a 30-year fixed mortgage. For a homeowner with a $250,000 mortgage, the lower rate would save more than $200 a month.”

Clearly, refinancing would help an underwater homeowner, and clearly, quite a few homeowners qualify as underwater. The persistent problem, though, is how many of those homeowners will be able to refinance under the president’s plan.

Mark Vitner, a senior economist at Wells Fargo, said the effect of the program is unclear, given it was only announced on Monday.

“No one knows if it will spur a lot more people to refinance, but it’s a start,” Vitner said.

Other analysts, though, are a bit more certain – and unhinged – in their responses. Felix Salmon, for instance, a journalist for Reuters, argued in his piece “Obama’s pathetic refinancing initiative” that the HARP revisions will not help nearly enough homeowners.

Time will tell how effective the HARP revisions are, but as Kravitz writes, the underwater homeowner’s plight “is a drag on the housing market and the broader economy.’