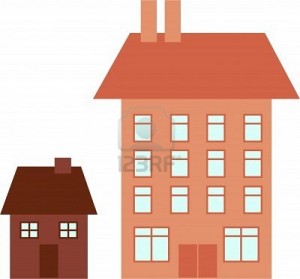 An ordinance from City Hall tries to curb disproportionate building in Houston.

The high-density ordinance, which was Houston’s attempt to stop tall buildings from being constructed near residential neighborhoods, is apparently back on the table, though it’s returning under a different name, according to the Houston Chronicle‘s Nancy Sarnoff.

Now called the “Buffering Ordinance,” the plan will be further fleshed out at at public meeting next Monday, Nov. 21, at 6:30 p.m. Marlene Gafrick and  Andy Icken, the city’s respective city planning director and chief development officer, have said there are three possible options for the proposed ordinance, which would place restrictions on high-rise developments near single-family neighborhoods.

Option A does not define the buffered area required between the buildings and neighborhoods, while Option B (the Planning Commission’s choice) would require a 30-foot buffer and Option C would require a 50-foot buffer. B and C would also require an 8-foot solid wall between properties and a 10-foot wide landscaped buffer, with one tree required for every 20 feet across the width of the buffered area.

As Sarnoff notes, the ordinance was originally drafted in wake of the notorious Ashby high-rise, a massive, luxury condominium building that enraged homeowners in the adjacent neighborhoods.