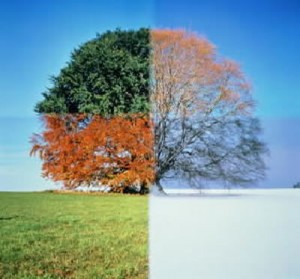 Home prices are falling, but a natural, seasonal lull is a large part of the decline.

Two home price indices from CoreLogic and Lender Processing Services(LPS) both showed small declines in home prices for October, indications that the summer buying boom has concluded and home values are entering their seasonal lull.

CoreLogic’s Home Price Index (HPI), which is used by the Federal Reserve in its analysis, posted a 1.3 percent decline from September, which was the index’s third monthly decline, and a 3.9 percent decline from October 2010. A large part of the declines, though, were distressed sales, which include short sales and REO transactions.

When the substantial shadow inventories are eliminated, the HPI only decreased by 0.5 percent from last year.

“Home prices continue to decline in response to the weak demand for housing,” Fleming said. “While many housing statistics are basically moving sideways, prices continue to correct for a supply and demand imbalance. Looking forward, our forecasts indicate flat growth through 2013.”

Bill McBride, who runs the popular Calculated Risk blog, emphasized the seasonal aspect of the data, writing that the decreasing data may produce new post-bubble lows.

“Some of this decrease is seasonal (the CoreLogic index is NSA),” McBride wrote. “Month-to-month prices changes will probably remain negative through February or March 2012 – the normal seasonal pattern. It is likely that there will be new post-bubble lows for this index in early 2012.”

For its part, the LPS data showed prices dropping by 1.2 percent in September and 1.1 percent in October, with a 3.7 percent annual drop, according to HousingWire.

Analyzing 13,500 ZIP codes across the U.S., LPS also tracked the average price of home sales, which were down 1.2 percent to $202,000. Interestingly, though all ZIP codes showed price declines, higher-priced markets experienced smaller downturns, with prices in the top 20 percentile down 1.2 percent compared to a 1.4 percent decline in the bottom 20 percentile.