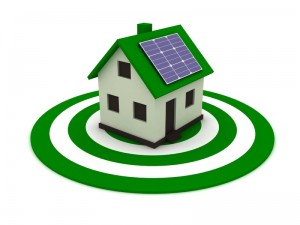 In addition to the 2012 standards, the council also established a new goal for 15 percent greater energy standards by 2014, which would be voted on in 5 percent increments in 2013 and 2014.

As the Houston Chronicle‘s Nancy Sarnoff originally reported, the council’s energy plans, which were adopted in anticipation of a Jan. 1, 2012 deadline, were not unanimously endorsed by certain energy groups, who argued that the proposal should have pushed for more drastic efficiency requirements.

Among the groups were The Sierra Club, Environment Texas, Alliance to Save Energy and and the American Chemistry Council, that all lobbied for the 2012 standards to match international pledges that were 15 percent more efficient.

Sarnoff quoted their main pitch to the council: “Houstonians who buy homes that meet the 2012 energy code will pocket thousands of dollars after paying for the efficiency improvements. The city and its residents and businesses will benefit from reduced energy use, more stable energy bills, and reduced demand for fossil fuels.”

In addition, representatives from the group contributed an op-ed in the Chronicle last Monday arguing that Houston should lead other cities with its energy efficiency.

“The Houston region is projected to gain 3.5 million people and more than 500,000 homes by 2030,” the op-ed’s authors wrote. “By building these homes to be as energy-efficient as possible, Houstonians can worry less about keeping the lights on and secure a cleaner future.”